Saturday marked the third annual Record Store Day, the international holiday to preserve, promote and honor independent record stores (and physical music products in general).  This year's exclusive release list was the biggest yet, with over 100 limited run singles and LPs from everyone from Elvis Presley to TV on the Radio. Big sellers locally were rare offerings from Dave Matthews, Jimi Hendrix, Joe Strummer, John Lennon, and the Rolling Stones. Among the elusive were the Joy Division box set and the reissue of Soundgarden's first single on SubPop. Judging from the smiling vinyl-heads and steady traffic throughout the day, this year seemed a definite success. 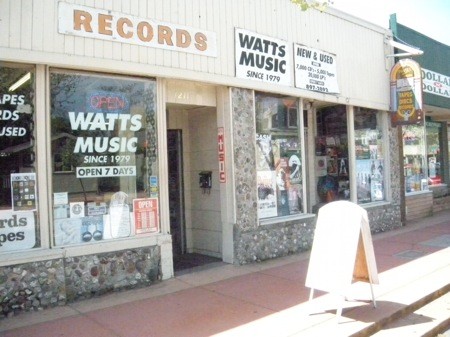 New acquisitions: Bruce Springsteen 10" single, Boz Scaggs"I think [Record Store Day] is a good thing. It's a way to get the albums back out there. Too many young people are buying it online. They don't get the physical property anymore, and I think that's kind of sad. I just enjoy collecting vinyl and playing it; it's just a nicer sound."

New acquisitions: Gorillaz and Them Crooked Vultures 10" singles"Probably 10 years ago I just started buying [vinyl]. The sound's warm. It's just a much fuller sound than the CD. I love Record Store Day. It brings a lot of much needed attention to the local record stores." 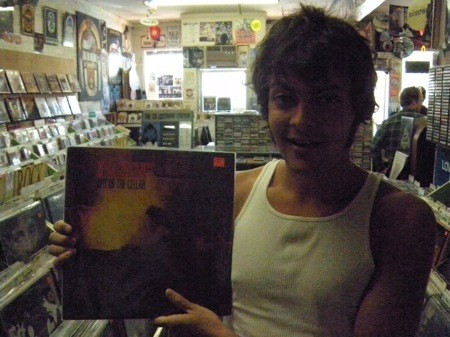 Posing with: Ratt, Out of the Cellar"I came here in middle school and was addicted. Then I came in every day. I bugged [manager] Darin so much that he was like 'sweep or something!'" 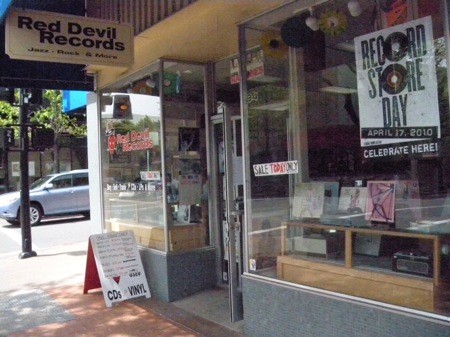 Playing in store: Iggy Pop, Lust for Life (on vinyl, of course)"Record Store Day last year was huge, and this year looks like it's going to match it. They're our busiest day of the year now. Last year I got a ton of new customers. I get a lot of people from outside the area. My best customer today came from San Mateo." 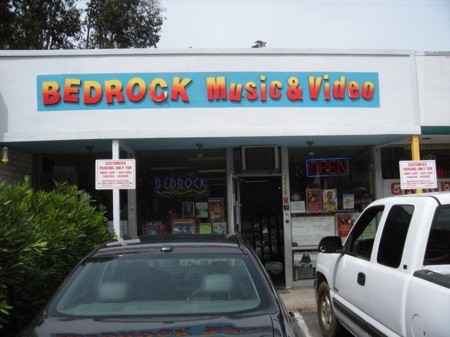 Drabek: "We opened at 11, and there were tons of people here, just excited. It felt like that scene in Clerks. I just wanted to walk up and be like 'hey, is this guy not open yet?' Business has been great today."