Sonoma Clean Power: Good or Bad for the Community and Environment?

This media consumer is more confused than ever 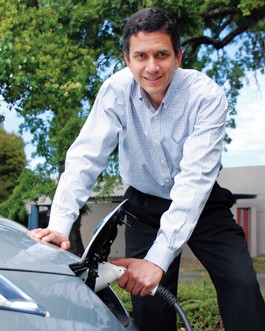 This week, both the Press Democrat and the North Bay Business Journal published opinion pieces written by community members on the potential benefits and pitfalls of Sonoma Clean Power, a "community choice program" designed to provide "green electricity at competitive prices to the residents and businesses of Sonoma County," according to the program's website.

The program, if approved by the Sonoma County Board of Supervisors, who unanimously approved to launch the program in December of last year, will provide energy to current PG&E customers who choose not to opt out and stay with PG&E.

Also in the Press Democrat today, Hunter Stern, business representative with the International Brotherhood of Electrical Workers Local Union 1245, argues in NO ON SONOMA CLEAN POWER: Higher cost, more greenhouse gases, that public power will bring higher costs and less "green energy" with the onset of this program.

Bolten leads off her column with this statement:

Sonoma Clean Power is a community choice aggregation program being developed by the Sonoma County Water Agency to purchase electricity for Sonoma County customers. This program has multiple benefits and risks, is complex and not well understood by Sonoma County residents and businesses. In order to help the North Bay Business Journal readers understand the various aspects of Sonoma Clean Power, the Journal is partnering with the Sonoma County Water Agency to publish a series of articles discussing the various aspects of this effort. This article discusses the potential for development of locally sited renewable power facilities.

(Great intention, but I wonder how many of the risks the water agency will discuss in this media partnership, considering that it's the very agency in charge of, and pushing for, the program. Indeed, the SCWA is the current home for Sonoma Clean Power's temporary website.)

These pieces follow several in-depth stories published in the PD and the NBBJ in the last week about the program.

"Five months from now, Sonoma County intends to launch its program to become the power supplier to 220,000 local homes and businesses, displacing Pacific Gas and Electric Co. from its position of energy dominance. At stake in the short term is up to $170 million in annual revenue," states a story by Brett Wilkison.

The North Bay Business Journal's story, by Eric Gneckow, states the program offers "the clearest picture yet of expected pricing from a renewable energy—focused power agency under development in Sonoma County, a new report shows that a typical business customer in the launch phase of Sonoma Clean Power could expect to pay between 3.1 percent less per month and a half-percent more than conventional utility rates."

I have to say, even with all the coverage this is getting, the opinion pieces, to me, kind of get in the way of my feeling like I have a true understanding of the benefits, risks and the potential monetary gains and losses that will come if this program is launched.

A 2011 Bohemian cover story by Darwin Bond-Graham examined the early stages of Sonoma Clean Power, and noted that while Marin's public power agency buys much of its power from Shell—hardly a green source—Sonoma County has a number of local greener options, even including chicken poop.

A 2012 follow-up article by Rachel Dovey found that the SCWA was in talks with nine potential suppliers, including Consolidated Edison, Calpine and Goldman-Sachs. And while cost estimates for consumers ranged from a $4 to $10 increase per month, Bond-Graham followed up with Paul Fenn, who wrote the 2002 California law that enables cities and counties develop their own sources of local power; Fenn at the time said a zero-rate increase in rates, or even a decrease, was possible.