Supervisor ordered to stay away from alleged victim while hearing is delayed to Aug. 30 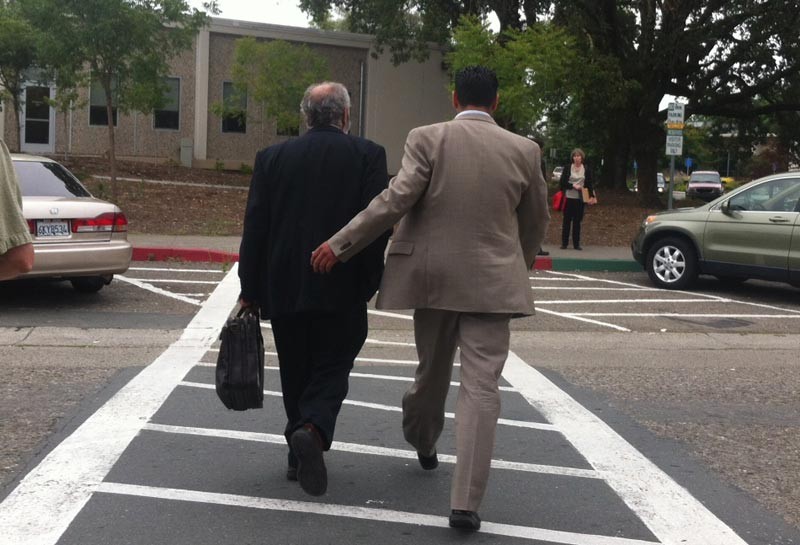 Efren Carrillo's attorney certainly has his work cut out for him—and now he has five and a half more weeks to prepare.

Carrillo appeared in court this morning, briefly, while his attorney Chris Andrian and Napa County deputy DA Cody Hunt announced an agreement to enter no complaint and delay the supervisor’s hearing until Aug. 30.

Judge Gary Medvigy accepted the agreement to continue Carrillo’s bond, provided that he stay 100 feet away from the woman who called 911 at 3:40am early Saturday morning to report the supervisor attempting to enter her bedroom window. Carrillo was later arrested wearing only his socks and underwear.

Because Carrillo and the woman referred to in court as Jane Doe are neighbors, Andrian made a request on Carrillo’s behalf to “make sure that if he’s in his residence, or going to or from his residence, he’s not in violation.” Medvigy agreed, adding that neither Carrillo nor his representatives were not to contact the woman via either Facebook or Twitter.

Prior to standing before the judge, Carrillo sat quietly, dressed in a grayish-beige suit and intermittently fidgeting with his thumbs. His eyes looked blankly ahead, except for a brief moment when he placed his hands on either knee and closed them, his head facing downward.

After the short appearance, Carrillo got into the passenger seat of Andrian’s BMW and the two drove away.