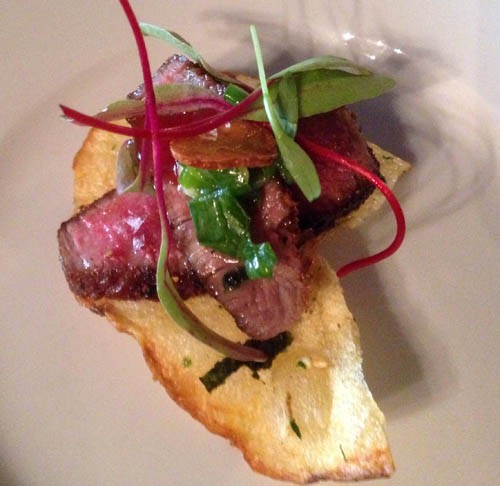 The annual Taste of Petaluma draws about 1,000 curious diners to the city of butter and eggs, and this year is primed to be the largest in the event's history, says organizer Laura Sunday.

“This year we have the most restaurants ever participating,” she says during a preview tour last week. Over 100 different participants will be offering food at over 50 locations in downtown Petaluma this year, with options ranging from high-end steakhouse cuisine to traditional diner fare.

Zodiac's is the site of this year's after party, a first for the Taste of Petaluma. Also a participant in the food tour, the restaurant and bar is offering braised baby back ribs with mango coleslaw. The meaty ribs are sweetened with a house made sauce that gives them a tasty Carolina-California hybrid flavor.

Seared Steakhouse is celebrating its one-year-anniversary this year, after taking over the former Graziano's space downtown. Their offering is a surf and turf of South American-style ceviche on a tortilla chip and Asian-style Wagyu new york served rare on a house made potato chip. The beef is more like land sushi, melting in the mouth like it's made of butter.

Speakeasy is also tough not to love, with its unique collection of mostly small plates and original creations. The small restaurant is expanding with a large banquet room and bar opening up just a stone's throw from the main outlet later this month. They are offering beef empanadas, with a crust made impossibly soft by using cream cheese in the dough. Yes, they pair well with beer—especially Henouse's Little Chicken Ale.

At Sax's joint, which is also celebrating its one-year anniversary this year, the theme is 1950's diner, with pink and black pinstriping on the booths and makeup to match adorning the faces of the servers. The family of three single moms and their children (grandma, her two daughters, and their daughters) give the family business a homey charm that takes the idea of comfort food to a new level. Their offerings include chicken fried chicken with home made gravy and cupcakes. 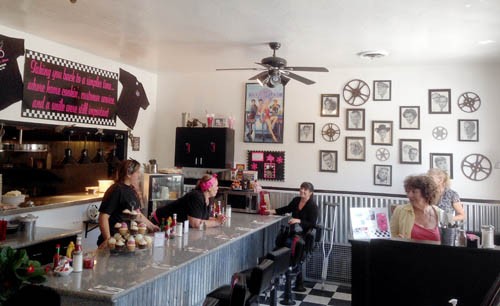 Another new addition to Taste this year is the Petaluma Hotel's wine garden. Dozens of wineries will be offering tastings at the newly renovated hotel, with tours of the facility available to curious onlookers.

Taste of Petaluma, a fundraiser for Cinnabar Theater, is Saturday, Aug. 23 in downtown Petaluma. Tickets can be purchased online or at Putnam Plaza the day of the event. 129 Petaluma Blvd. N., Petaluma. 11:30am—4pm. $40. www.tasteofpetaluma.org.

Food and Drink Taste of Petaluma 2014 food
Prev
Next