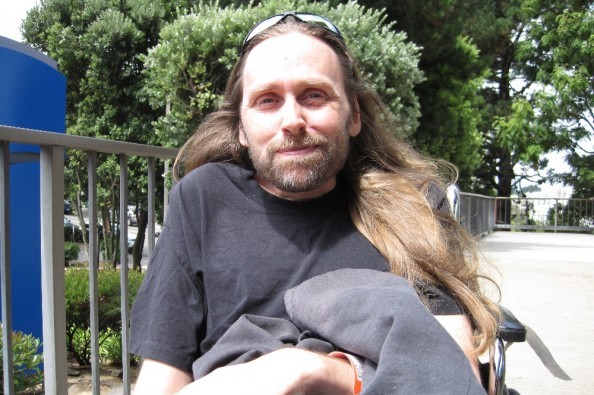 Back a few months ago we did an online exclusive interview with Kurt Stenzel, a San Francisco–based composer who scored and played the spooky, synthy music on Jodorowsky’s Dune. Kurt’s an awesome guy, a veteran punk rocker from New York who loves him some Devo, Hawkwind and Jethro Tull.

The film that Kurt scored, you might recall, was about the kooky filmmaker Alejandro Jodorowsky and his failed attempt, in the 1970s, to make the filmic version of Dune, which was eventually made by David Lynch. That version was pretty terrible by most accounts, despite—or was it because of?—the presence of Sting.

Not so the documentary. Just as Jodorowsky’s Dune was taking off—numerous indie-film award nominations, a national release—Stenzel talked with Nicolas Grizzle about the film and his work on it.

But just two freaking days after Grizzle spoke with him, Kurt suffered a massive stroke, and he's still recovering from it. Geez.

Three-plus agonizing months later, the good news is that Kurt went home this week—finally got out of the hospital. His fiance Jen reports that he's relaxing at home and checking out the remastered soundtrack to Jodoworsky's Dune—as they await the arrival of the 2 LP soundtrack on vinyl. That's fine medicine indeed.

But he needs yer help. Kurt has a long way to go, as he racked up some mighty medical bills while his recovery has slowly unfolded. His health insurance has run out, according to his partner—and those suckers won’t cover speech rehabilitation in any event.

Such times as these: Kurt’s partner created a gofundme account with a goal of generating $100,000 to pay off the bills and get him set up in the new home with the medical gizmos he'll need moving forward. As of today, Kurt’s received over $20,000 from 172 people through the gofundme portal—in just one week. Help this man heal!