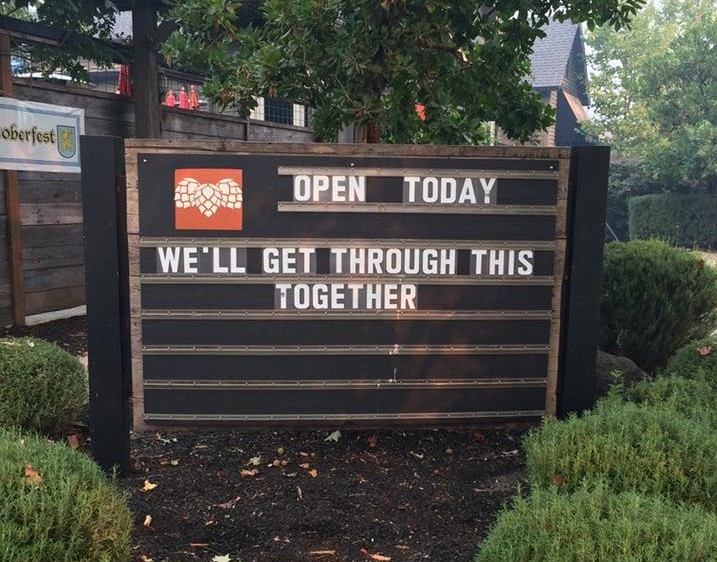 No one in the North Bay has been left unaffected by the recent wildfires that ripped through Sonoma, Napa, Mendocino and Lake Counties this month. As a result, several events and festivals planned this month have been cancelled. Those that are continuing on are almost all now acting as fire relief fundraisers and several events are popping up specifically to benefit victims of the fires. Aside from the events listed in this week's issue, here's a round-up of some of the ways you can enjoy community gatherings and support families who lost everything in the fire.

Tonight, Oct. 18, San Rafael's Key Tea House, located inside Open Secret, is turning its weekly open mic into a North Bay Resiliency Event, featuring music from Lauren & the Arrows, Kendra Current and After the Fall, as well as a silent auction. Donations will be accepted and proceeds will go to various fire departments and relief funds.

Tomorrow, Oct. 19, Redwood Cafe in Cotati is hosting "People Helping People," a benefit concert featuring members of Onye & the Messengers and Afrofunk Experience as well as Amadou and DJ Loisaida. Proceeds and monetary donations will go to people affected by the Sonoma County fire and clothing donations collected by non-profit Bloom will be redistributed to those who need it most.

On Friday, Oct. 20, Silo's in Napa presents an evening of music to benefit the four-legged victims of the fires, featuring Blues and R&B band Second Street and donating a portion of the ticket proceeds to Napa Humane, which is caring for lost and displaced pets.

These and other events are displaying the supportive, selfless attitude that many in the region have taken in the wake of the wildfires. The Bohemian has also set up our own relief fund, Rebuild Sonoma, and you can donate by clicking here.