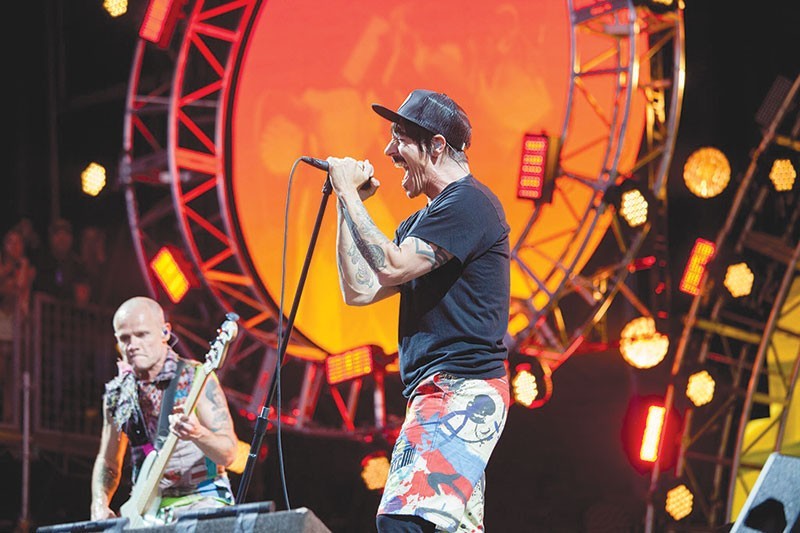 In a move that comes as little surprise given the North Bay "shelter-in-place" orders, the organizers of BottleRock Napa Valley have rescheduled the three-day music festival from May 22–24 to October 2–4, 2020.

The festival released a statement announcing the postponement in the interest of public safety and health in the face of a spreading coronavirus pandemic.

Fortunately for music fans, the festival also announced that all headlining acts, including Stevie Nicks, Dave Matthews Band, Red Hot Chili Peppers and others, are already confirmed for the new dates, and all passes to the sold-out fest will be honored in October. Read the full statement below:

BottleRock Napa Valley has been rescheduled for the weekend of October 2nd - 4th, 2020 at the Napa Valley Expo, after careful consideration and in coordination with our local and state authorities.

We made this decision with the safety and best interests of our fans, musicians, partners, employees, and community being paramount. We are committed to putting on the festival to not only share great music and the incredible Napa Valley hospitality, but because it’s vitally important to the livelihood of all those who make BottleRock Napa Valley the festival it is.

It is with great pleasure we can announce that all our headliners, including Red Hot Chili Peppers, Stevie Nicks, Dave Matthews Band, Miley Cyrus, Khalid, Anderson .Paak & The Free Nationals, Zedd and more are confirmed for the rescheduled dates. Additional lineup updates will be announced as soon as possible.

We will be emailing tickets holders within the next few weeks with more details about exchanges and returns.

Thank you for your patience and understanding, and we look forward to seeing you in early October.

With love from the entire BottleRock Napa Valley Family.