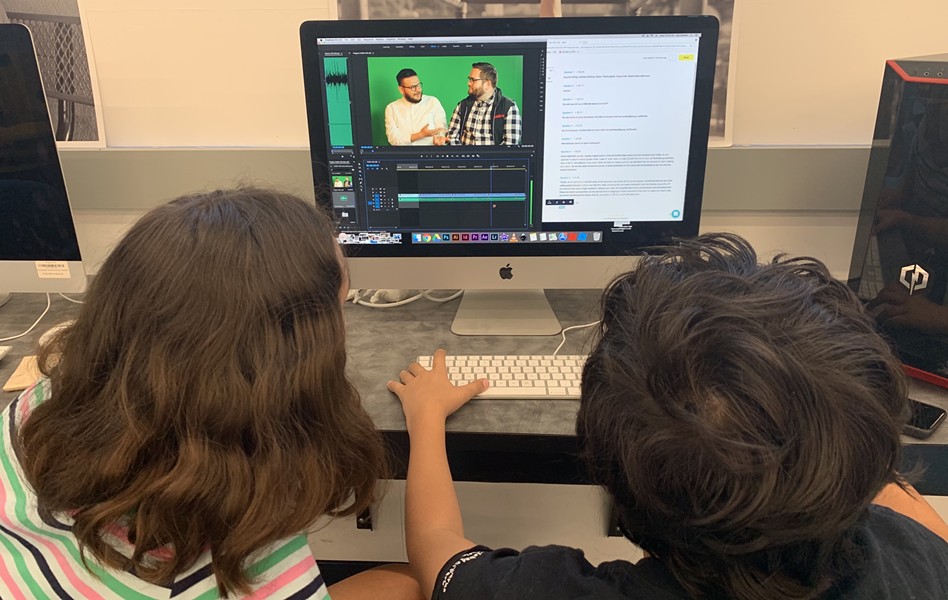 The Alexander Valley Film Society, Luther Burbank Center for the Arts and Transcendence Theatre Company are each engaging local youth with online arts experiences in their respective disciplines this summer, with the AVFS Filmmaking Bootcamp, the LBC Summer Arts Sampler Camp, the Transcendence Virtual Kids Camp and then a final AVFS Editing Bootcamp running consecutively to keep the kids busy all season.

“The collaboration is in the scheduling,” says Ashleigh Worley, director of education and community engagement at Luther Burbank Center. “The camps are independently run, and we’re working together so kids can participate in all three.”

Worley and the LBC have been offering virtual arts programming since a week after the shelter-in-place orders took effect in late March, and by meeting with several other arts organizations, it became apparent that everyone was worried about the status of summer camps in the North Bay.

“We started talking about how we can uplift and support each other’s work, whatever form it ended up taking,” Worley says. With so much unknown about the evolution of social distancing rules through the summer, LBC quickly made a plan to host a virtual summer arts camp, and Worley found likeminded groups in AVFS and TTC, which aligned their individual virtual camp schedules so students could attend all three camps.

First, the AVFS Filmmaking Bootcamp, running June 22–26 and led by Sonoma County–based writer/director and film educator Malinalli Lopez, welcomes students grades 5–12 to learn the basics of filmmaking over Zoom, using smartphones to creatively capture their story. The idea is for students to then continue to film themselves and their families during the rest of the summer camps for the final Editing Bootcamp that happens in August.

“The reason the three of us collaborated to get these programs out was to give families a sure-fire schedule that they could put into their calendars now and count on in the months to come,” says Alexander Valley Film Society founder and executive director Kathryn Hecht. “Even though we might be dealing with a little bit of screen fatigue, we want kids to stay engaged, meet new people and try to prevent much of that learning slide that is supposed to happen in the summer anyways.”

After the initial AVFS bootcamp, students are invited to participate in LBC’s Summer Arts Sampler Camp, a weeklong virtual experience for students grades 5–12 that will explore music in the form of ukulele, percussion and hip-hop dance. Available in three sessions, June 29–July 3, July 6–10 and July 13–17, the camps rotate through all three activities. The center’s massive instrument lending library will be open for students who don’t have a ukulele, and Worley adds there is no skill requirement to attend the virtual camps.

“Each day, they’ll have an hour of instruction and it’ll culminate in a 10-minute musical and solo concerts,” says Transcendence Theatre Company director of education and community engagement Nikko Kimzin. “It’s taking our in-person experience that we’ve had and seeing what works virtually and what can we amend for the virtual experience.”

The AVFS filmmaking bootcamps and the LBC sampler camps are free to attend. Transcendence Theatre Company is charging a modest fee, $35–$100, to pay the Broadway professionals who will be leading their camps, though Kimzin adds that TTC has several need-based scholarships available for students on their website.

“This is a collective mission of our arts organizations in the county,” says Kimzin. “I think arts are sometimes viewed as the side dish and not the main meal. We are trying to band together to say, especially in this time, connection and creating things as a group, as an ensemble, is a necessity for the mental health of our youth. The arts can be a main meal when it comes to that.”