Lucy Liu Talks to You in Virtual Art Tour 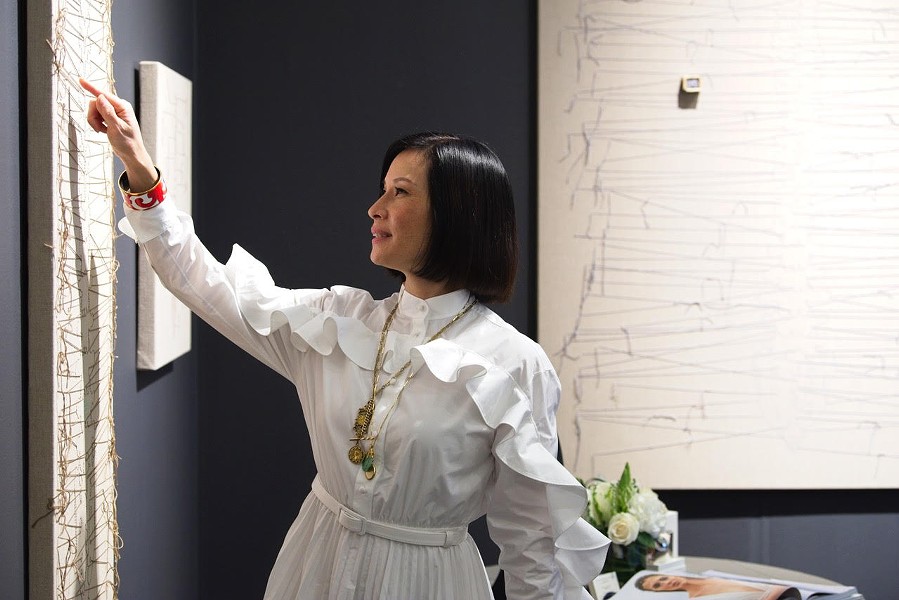 Award-winning actress, director, social justice advocate and artist Lucy Liu was in Yountville last February to celebrate her first U.S. solo art exhibition, “Lucy Liu: One of These Things Is Not Like The Others,” at the Napa Valley Museum.

"We wanted to showcase women who were doing something extraordinary," Napa Valley Museum Executive Director Laura Rafaty said in February when the exhibit opened. "Lucy's work is very intimate, in some ways shockingly so. It's emotional, it wants you to challenge cultural and gender stereotypes and I think people are going to find it thrilling to see."

All of these impressive works of art were on display at the Napa Valley Museum until the Covid-19 pandemic shut the museum’s doors in mid-March.

While other venues in Napa County have begun opening back up, Napa Valley Museum is still shut to the public, due in part to the fact that the museum sits on the grounds of the Veterans Home of California. In the meantime, the museum has put together a virtual art tour of Liu’s exhibit, available now online.

The interactive 3D online tour of “Lucy Liu: One of These Things Is Not Like The Others” allows visitors to virtually walk through the museum’s gallery as if they were there in-person.

The tour includes a special message from Liu welcoming visitors to the exhibition and explaining the meaning behind her deeply personal works of art.

The virtual tour is a fundraiser to help the museum reopen its galleries. Reopening is tentatively scheduled for August 1, and the “Lucy Liu” exhibition will be extended through September.

“We are thrilled to give Lucy’s fans all around the world the opportunity to see her extraordinary artwork through this virtual exhibition at the Napa Valley Museum Yountville,” says Rafaty in a new statement. “Lucy has been wonderfully generous in allowing us to extend the exhibition through September and in granting permission for this tour, which preserves this first U.S. museum exhibition of Lucy’s work.”

In addition to Liu’s wood sculptures and oversized paintings, the virtual tour showcases works from her “Totem” series, in which intricate embroidered “spines” are fashioned from fabric, paper and thread. Also on display are examples of her silkscreens, and artworks from her “Lost & Found” series, in which found objects are incorporated into books, which become works of art themselves.

The virtual tour also features videos of Liu working in her studio and talking about her art to provide additional insight into her process and inspiration. Throughout the tour, visitors can see the large-scale works up close by clicking on the artworks.

The exhibition also features videos displaying the creation process behind her silkscreens and found object series, and it incorporates an example of a traditional Japanese Shunga hand scroll like those that inspired Liu’s woodblocks, provided by San Francisco’s Asian Art Museum.

“I’m so happy to collaborate with the Napa Valley Museum and to share my work with the community,” Lucy Liu says in a statement about the exhibition. “Art has been an important part of my life and development since I was a child; it helps cultivate imagination and also fosters critical thinking skills. Supporting lifelong arts education is imperative and I am thrilled to be a part of this important endeavor.“ 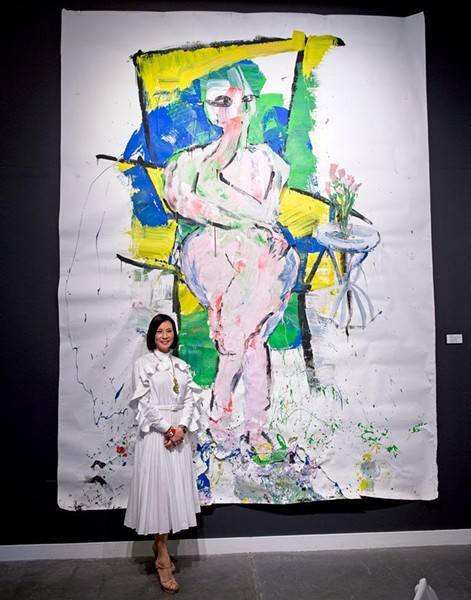 To view the virtual tour, visitors are asked to make a suggested donation of $5 to help the museum make health and safety improvements to the galleries to combat Covid-19.

Due to the exhibit’s adult subject matter, Napa Valley Museum recommends that those under 18 get parental permissions to visit the exhibit virtually.