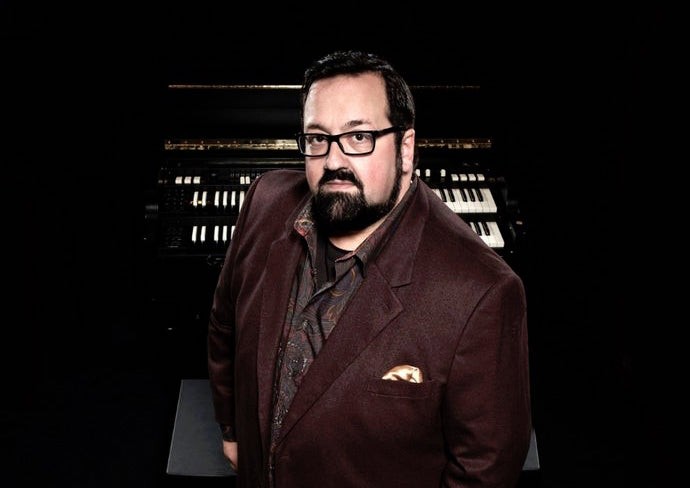 Two decades into its endeavor to share the American art form of Jazz with North Bay audiences through live concerts and educational programs, Healdsburg Jazz is having one of its busiest years in 2020.

Even with its annual summer festival canceled and live events on hold due to Covid-19, Healdsburg Jazz became one the first North Bay arts organizations to take its programming online with music history classes and virtual concerts.

Shelby recently laid out his vision for the future at Healdsburg Jazz’s virtual Gala earlier this month, which also featured performances by several popular artists and words from other honorees and community leaders.

With so much going on, it’s easy to miss the fact that Healdsburg Jazz is hosting anther eye-opening and ear-pleasing virtual presentation this weekend, as world-renowned jazz organist Joey DeFrancesco offers the “Evolution of Jazz Organ” on Sunday, Nov. 22, at 5pm.

DeFrancesco will discuss his 30-plus years on the jazz scene and will take an extensive look into Jazz Organ, and it’s impact on the music. Along with DeFrancesco, the presentation will feature guest artists such as drummer Billy Hart and tenor saxophonist Jerry Weldon, both of whom are longtime collaborators with DeFrancesco as well as Healdsburg Jazz favorites.

Raised in Philadelphia, DeFrancesco’s musical emergence in the 1980s marked the onset of a Jazz renaissance. While jazz musicians such as Duke Ellington and Fats Waller originally adopted the Hammond organ in the early days of the scene, the organ had all but gone into hibernation in the jazz world from the mid-’70s to the mid-’80s until DeFrancesco reignited the flame with his vintage Hammond organ and Leslie speaker cabinet.

The son of “Papa” John DeFrancesco, an organist himself, the younger DeFrancesco remembers playing as early as four-years-old. Soon after, his father began bringing him to gigs in Philadelphia, sitting in with legendary players like Hank Mobley and Philly Joe Jones, who quickly recognized his talent and enthusiasm.

With a natural gift for music, DeFrancesco also swiftly picked up on the trumpet after a touring stint with Miles Davis as one of the two youngest players ever recruited for any of Davis’ ensembles.

All three musicians have an extensive history on the jazz scene, collectively performing or recording with just about every musician with a connection to the pioneers of jazz. DeFrancesco invited both Hart and Weldon to join him for this zoom event to share their experiences performing together and their extensive music history with a specific focus on Organ Jazz.