I See Your 20 Worst Habits of Sonoma Drivers, and Raise You 5 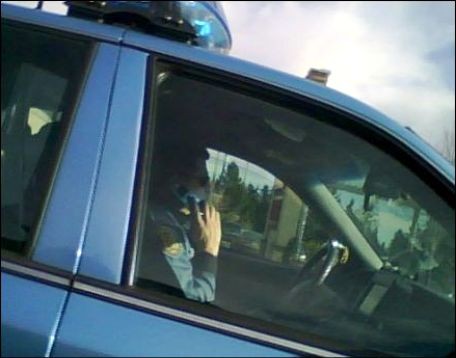 I love this story in today's Press Democrat about the twenty worst habits of Sonoma County drivers. Texting-while-driving, failing to signal (it's not a sign of weakness!), slow-crawling up the fast lane on Highway 101—the PD hit on many of the most persistently irritating, anti-social, selfish and dangerous habits of local drivers, but they missed a few. Here's five more to bring it to 25, but I bet we could jack this list to 100 in no time flat. Readers?

21. Drivers who rush to make a right turn on a red light to beat the oncoming traffic that has just been green-lit, forcing the lead driver with the right of way to slam the brakes to accommodate someone else's impatience. This seems to be a particular problem in Petaluma, which is otherwise a friendly town, and rises to the level of a hate crime, IMO.
22. Drivers who abruptly change lanes on the highway and cut you off after you've settled into a middle-lane cruising speed with plenty of defensive-driving space between you and the car in front of you. Hi there, eat my brights.

23. Motorcyclists who lane-split and ride the dotted yellow line at 80 MPH in order to jump to the front of the line at a red light or get ahead of stalled traffic on Highway 101. Insane.
24. Lunkheaded drivers of 18 wheeler rigs on one-lane roads who obtusely refuse to use the turnout and let the traffic by, even when there are 24 pissed-off cars behind them. Rude.
25. Lastly, an appeal to law enforcement. How about those guys follow the rules of the road, too? The California Highway Patrol is supposed to be model drivers out there, following the law to the letter—since they expect that of the civilian drivers they are sworn to protect and serve tickets to. So when police officers fail to signal, as they often do, they are sending the message that it's okay for everyone else to just randomly switch lanes without letting other drivers know their intention. When cops talk on their cellphones while driving—not an uncommon sight, wouldn't you agree?—they are definitely not helping the cause of dissuading jerky 21-year-olds from killing other drivers in a moment of selfish distraction.