Jailhouse Blues, All the Way From Sonoma County to Orleans Parish 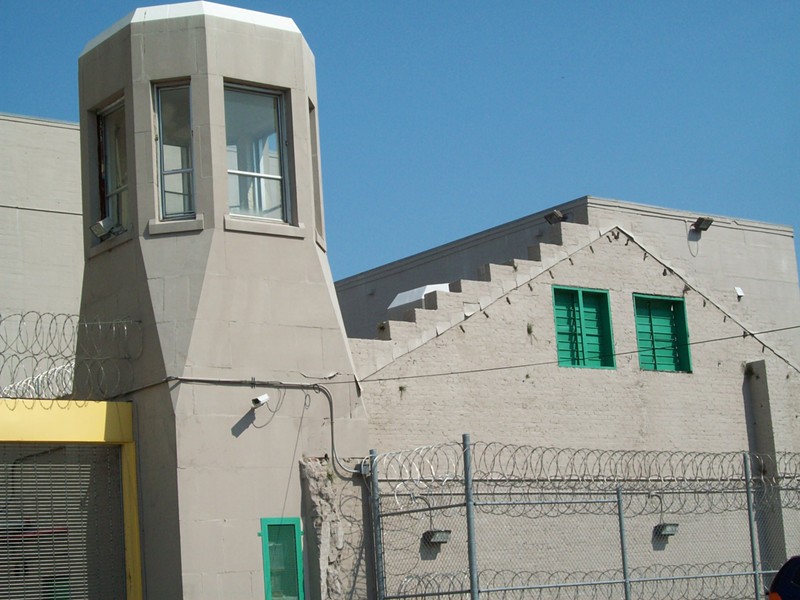 Sonoma County might consider a few things about criminal justice reform in how the phenomenon continues to play out in the city of New Orleans.

This week The Bohemian was one of a few news organizations from around the state to report on an investigation from a statewide disability group that laid bare Sonoma County’s problems in properly administering justice, not to mention medications, to the inmates it is charged with overseeing—and especially those with mental health issues.

This week is also noteworthy in local-level jail news as an ongoing New Orleans criminal justice reform saga finds the Orleans Parish sheriff, Marlin Gusman, fighting for his political life against an attempted full-on federal takeover of the jail complex he was elected to run.

The post-Katrina efforts were overseen by Gusman, a former city councilman and chief administrative officer who had no experience running a jail when he was first elected in 2004. Conditions were so bad at the jail that it was put under a federal consent decree a few years ago, and Gusman was ordered to clean up the jail’s rampantly violent and unconstitutional act.

The Department of Justice now says that Gusman has failed and his time’s up—and Gusman says he’s done the best he can do under the circumstances, which is somewhat the same posture Sonoma County officials struck when the Disability Rights California report was issued last week: We’re doing the best we can under the circumstances. Everyone is dealing with an influx of mentally ill prisoners and other problems from realignment.

The problem for Sonoma County is that the DRC says everyone isn’t illegally injecting prisoners with drugs. Everyone isn't housing them in isolation-within-isolation “quiet rooms.” In fact, none of the other six jails it recently investigated are doing either of those two things.

In both New Orleans and Sonoma County, it is fair and necessary to say that the responsible parties for failings at the respective jails are by and large decent people trying to do the right thing under enormously challenging conditions—of the budgetary and social-welfare variety.

Yet both places have offered up a public face of high concern even as they simultaneously treated a growing mental-health crisis in their midst almost as an afterthought.

Sonoma County is almost five years away from the proposed opening of a new mental-illness focused jail building, the Behavioral Health Unit, which is scheduled to come on line at the end of 2020.

The project is moving forward after the county did not secure available state money in two previous rounds of funding that have sent over $2 billion to other counties and cities. How did the county seal the deal this year for $40 million in state dollars (it will contribute $8 million to the $48 million BHU)?

The state made available $900 million in jail-building funds in 2012 as California’s prison bureaucrats recognized a growing county-level crisis wrought by Gov. Brown’s “realignment” scheme to de-populate state prisons by sending low-level offenders to the counties. State officials told The Bohemian recently that last year was the first time the Sonoma County proposal included a specific plan for the Behavioral Health Unit.

Impacts of realignment in Sonoma County have played out not so much in exploding prisoner populations, but as a shift to a population with more mentally ill prisoners, as a county-paid audit from Carter Goble Lee (CGL) observed in its 2015 update to the county criminal justice master plan, which cost the county about $350,000. For that kind of money, you'd expect good advice, and Carter Goble suggested they build the BHU. The basic driver behind the changing-prisoner trend identified by Carter Goble is that while crime rates continue to go down, the mentally-ill prisoner population is expanding.

New Orleans has its own acute-care problems that often wind up in the Orleans Parish jail; the city has the extensive PTSD problems and the ragingly addicted pockets of down-at-it population; and it has all of the negative health consequences of poverty and historical racism and odious plantation politics one can imagine or experience.

Yet in New Orleans, mental health was also an afterthought when the city moved to build a new “state of the art” jail a few years ago.

In the political battle that raged locally to keep the overall bed count to below 1,500, New Orleans civic leaders left for another day—years, as it turned out—a critical part of the proposed new jail complex that would house prisoners with medical and mental health issues. It has since been built after a big fight over who should pay for it.

There’s a tidbit I’ve been mulling over that speaks to one of the various ways that privatization in the American prison system has played out. The California Forensic Medical Group, which administers medical, but not mental health services in the Sonoma system, is a private company with contracts at jails all over California. It represents a “back-end” privatization model, providing contracted services to a public facility, for a profit. The company has been highlighted in numerous recent news investigations and lawsuits that speak of putting profits before patients.

The striking and topical tidbit is that the private equity firm that owns CFMG, H.I.G. Capital, has also been a campaign contributor to U.S. Sen. Tom Cotton.

Like Gusman and the Sonoma County jail, the youthful Republican has been in the news of late. Cotton recently commented that America doesn’t have an over-incarceration problem, no sir, it has an under-incarceration problem. Cotton flat-out wants to put more people into jail and you have to wonder what that would mean for CFMG’s bottom line.

(Meanwhile, the Democratic front-runner for president has shamelessly taken hundreds of thousands of dollars contributions from the private-prison industry and appears ready to imprison the nearest chair-hurling Bernie Bro, any minute now.)

In seriousness, Sonoma County officials obviously do not need nor want more people in its jail than need to be there. One can be skeptical about systems without holding cynical attitudes about individuals who are in charge of them.

That is a far less than obvious reality in Louisiana and New Orleans, where a “per diem” funding system has historically provided local sheriffs and for-profit prisons with a financial incentive to lock as many people up as they could, for as long as they could. Nowadays they are more likely to just cut costs to get the most bang for the per-diem buck. This is exactly what critics of CFMG’s prison medical services have observed in lawsuits and newspaper investigations.


Tourist Dollars Above All Else

It was really stunning to read about a recent and unanimous vote by the Sonoma County Supervisors that was taken just as I was working on last week’s cover story in The Bohemian, which emphasized the 2014 death of an addict who had been jailed on drug and other charges, and asked questions about the circumstances surrounding here death. Rhonda Everson died in custody and the county says she was in a special cell for inmates undergoing withdrawal. There's a lawsuit.

Meanwhile, there’s a businessman near Bodega who wanted to convert his hotel-spa into a treatment center for addicts, given the monstrous opiate-addiction problem this country is now facing, a problem which often winds up in a jail cell.

Just as the DRC was issuing its report and Sonoma's elected leadership was telling reporters that the real problem was realignment and the flood of mentally-ill prisoners, the supervisors were also telling the Press Democrat that they wanted the privately-owned hotel-spa to be utilized as a tourist destination, and definitely not as a place for addicts to recover. That would presumably include the likes of Rhonda Everson, an addict who died in the Sonoma jail in 2014.

The 5-0 vote really did stand out for its open embrace of tourist dollars. And it reminded me that in the tourist town of New Orleans, it is not unusual to read stories during Mardi Gras about drunk tourists running around in their socks and underwear, clutching bottles of locally-made intoxicants as they let fly with the Dionysian urges and imperatives on Bourbon Street.

Back in the not-so-old days, those sorts of tourists were arrested and sent to the Orleans jail for a multi-day per-diem revenue grab for the parish. As an added bonus, there might also be some terror, violence and desperate isolation during the unfortunate tourist’s stay at OPP.

Under the intense post-Katrina glare of the feds and the media, Orleans Parish has generally eased off on arresting tourists for stupid non-crime crimes—and is now more focused on making sure they don’t get shot during Mardi Gras. Since that’s pretty bad for tourism, too.

Closer to home, the DRC report urged Sonoma County to address its jailhouse mental health crisis now, even in the absence of the new BHU that won’t come on line for years. Don't wait for the unhinged citizen to do something stupid in their underwear. Creative solutions are needed, good people need to step up and do the right thing—and a rehab center would seem to be a pretty good approach to keep addicts out of jail for the crime of being addicts who commit crimes because they are addicts.

So it was really disappointing to read that outgoing Sonoma County Supervisor Efren Carrillo joined his fellow supervisors in the 5-0 vote to protect the wine-besotted tourist mecca of his 5th District from those nasty addicts. Really kind of sad, actually.