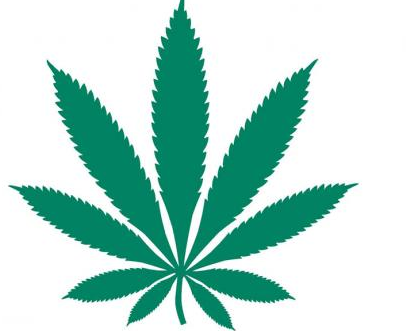 When I worked in New Orleans as an online reporter most of my work was in the criminal justice arena—police, the courts, the notorious Orleans Parish Prison. It was intense and difficult work at times and as a newcomer to that city around 2009 I arrived in the aftermath of Hurricane Katrina, and all the horrible police-related stuff that went on after the storm. There was a built-in bloc of institutional and historical knowledge that I had to get up to speed on, and quick. The work was intense and difficult but it was never intimidating.

That was not the case when I was doing some freelance work down in New Orleans for the local daily, and got assigned to cover the annual Satchmo Festival in the French Quarter, the celebration of Louis Armstrong.

And let me tell you that I never felt, as a reporter, anything approaching the angst I felt when I sat down to write the fateful words, “Louis Armstrong” for publication for the first time, in a town where every other person is an armchair Armstrong scholar ready to pounce on any mis-reported fact about the jazz great. And the other person is a trumpet player or some other jazzbo steeped in the living history of New Orleans jazz.

I confess that I feel the same way any time I sit down to write a story in the Bohemian about cannabis in California (despite the fact that it's a fact that Satchmo was a total pothead): I feel totally intimidated. I am going to screw this up.

Why this horrible feeling? Same reason: There are thousands upon thousands of people in the state, many in the North Bay, with lots of deep history and knowledge in this area, and given the complicated and intersecting medical- and recreational-use laws now on the books—it’s hard to keep up! With so many moving parts and competing and/or complementary cannabis constituencies, it can be hard to get out of the weeds to see the weeds for the trees for the forest, to figure out what the news hook is—or something like that.

As with the Satchmo scholars, people in the North Bay are invested, and often heavily so, and for decades, in their chosen field of study and celebration. Every time I report one of these pot stories, I feel that same terror of being exposed as a canna-fraud should I misrepresent some crucial fact or bollix some niggling detail about a particular strain and who is responsible for it.

But not anymore! Enter Omar Figueora, Sebastopol cannabis lawyer and the recent author of the hardcover instant classic, Cannabis Codes of California.

With this handy, exhaustive and essential guide to cannabis-related law in the state, I’m no longer intimidated at the thought of reporting on the latest update on cannabis taxation, or distribution, or the black market, or the medical-community’s concerns, the mom-and-pop growers, the Big Cannabis operators—etc. I've got Omar's comprehensive Codes to see me through.

Cannabis Codes of California isn't a novel but it does have a built-in plot-line that lays out the law at various junctures in California social and political history. Omar gives a brief upfront history of cannabis in the state and the various moments where legislators weighed in on some aspect or another of the industry: For example, the 1996 landmark medical-use act, is reprinted in its (short but revolutionary) entirety, along with relevant penal codes, fish and wildlife code, health and safety, taxation—et al.

This is a dense and delightful legal-reference book whose content is delivered in a nice, big fat font size for ease of reading among elders of the cannabis community. It’s a timely and useful guide, a greatly informative cover-to-cover read (or casual flip-through) for anyone, myself included, who is intent on having a working, if not expert, knowledge of this fascinating and ground-breaking American experiment in cannabis freedom—and without fear of hearing from some know-it-all canna-crank from NORML if I screw something up in reporting on the latest twist and turn in the law. I got the law, or at least this estimable legal guide, on my side now—and you can, too. Cannabis Codes of California is available on Amazon.com.

Cannabis Codes of California.
Prev
Next