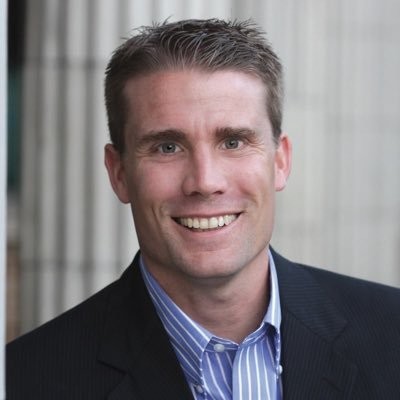 North Coast Second District State Sen. Mike McGuire announced this week that he’s running for re-election in 2018, via a press release that was sent out by a San Francisco communications firm.

The freshman Healdsburg native got the jump on a 2018 political season this week in a race that will presumably take place under the continued administration of the viciously anti-pot Trump regime—but this release gives somewhat of a short shrift to McGuire’s recent lead role in carving out a cannabis policy for California that squares up the state’s medical and recreational laws.

The release comes from Storefront Political Media, whose client base ranges from PG&E to 2018 gubernatorial candidate and former Los Angeles mayor Antonio Villaraigosa.

The announcement highlights McGuire’s work with Gov. Jerry Brown (let's not forget that Brown was a cannabis-legalization opponent) and lays out an impressive array of policy initiatives that McGuire’s had a hand in since he was sent to Sacramento in 2014: “Good jobs, strong public schools, affordable health care, better and safer roads, a pristine coast and a strong rainy day fund.”

Those priorities are not unique to North Coast voters—but many voters up here do put a priority on a cannabis policy that protects growers and the environment. And while the campaign statement mentions one of McGuire’s signature legislative achievements, a late-season budget bill rider this year that squared up the state’s medical and recreational cannabis laws while making sure legacy growers in his district don’t get squeezed out by “Big Cannabis”—it’s the last one on the list.

That placement seemed a little weird, to me anyway, given that it’s a legislative achievement that had a direct benefit to a uniquely North Coast constituency: McGuire’s district includes a voting bloc of many Emerald Triangle elders of the herb.

In press materials attending the rider bill that codified the combined medical-and-recreational bills and also protected those growers from corporate cannabis invaders, McGuire noted that his district provides an estimated 60 percent of all cannabis grown in the United States every year and that he had a particular responsibility to the industry given that eye-popping stat.

So is it fair to question whether the campaign is going to downplay McGuire’s cannabis achievement? After all, cannabis politics are still tricky business in a state and a region that supported legalization last year via Prop 64 but that has plenty of local detractors in the North Bay, along with the renewed call for a federal crackdown from the federal administration.

A sizable bloc of Sonoma County homeowners have been strident in their opposition to a blown-out local cannabis industry invading quiet neighborhoods. Marin County, which McGuire also represents, has vowed to keep storefront cannabis industries out of the county.

In the re-election campaign announcement, McGuire says he’ll fight the minority president Trump tooth and nail as part of his promise to North Coast constituents to protect the progress that’s been made to shore up the state’s economy and its environment.

And he’s taken a direct shot at Trump via a proposed bill that would force future presidential candidates to release their taxes as a condition of being granted a place on the California ballot. That’s an issue that polls very well, with surveys finding that up to 75 percent of voters believe Trump should release his tax returns.

But where’s the direct pro-pot pushback against a Trump administration that’s been out-front in its call to re-criminalize weed at the hands of Attorney General Jeff Sessions? It’s nowhere to be seen in this release.

But McGuire says not to worry and in an emailed statement from his office he says he’s all in on protecting Prop 64 and his constituents.

“I believe Californians know what is best for California,” McGuire said. I'm going to the mat to protect our progress from interference by the President and the Congress on many important issues. This includes defending the voters voice on approving cannabis regulations and taxes. There’s no going back and California will keep moving forward with the implementation of Proposition 64.”

Whew. Was a little worried there for a second.

And just as the senator was responding to my pain in the neck inquiry, his office kicked out a release that said he would be chairing a meeting, which was held on July 19, that was devoted to the potential “Green Gold Rush” that may come as the state sets out to implement the cannabis tax regime established under Prop 64. Onward into the breach.