Stretch out as U.S Attorney in Northern District as Sessions Snuffs out Cole Memo 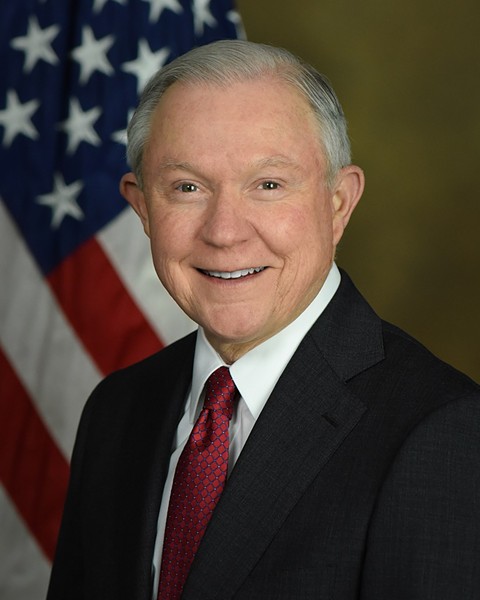 On Thursday, as U.S. Attorney General Jeff Sessions announced that the Department of Justice would rescind Obama-era guidance for federal prosecutors in pro-pot states (the so-called “Cole Memo”), the U.S. Attorney for the Northern District of California, Brian Stretch, announced he’d left his post for a private-sector job at the San Francisco law firm of Sidley Austin.

Stretch, a 2016 Obama appointee, abruptly left the DOJ’s North Bay office as Sessions stepped in days after California’s landmark Proposition 64 went into effect in 2018. Prop 64 legalized recreational use of the federally-banned flower in the nation’s most populous and diverse state.

Now it’s up to Sessions to appoint an interim district attorney. A permanent successor would be subject to senate approval.

Stretch, the departing U.S. Attorney, is a career prosecutor and a former assistant district attorney in Marin County, home of the pro-cannabis “4/20” movement, the Grateful Dead, and lots of pot smokers. He had earlier escaped a Trump-Sessions purge of dozens of U.S. attorneys undertaken when the administration first lurched into the White House.

Who will step into the breach in the Northern District? A Jan. 4 report on the Recorder, which first reported on Stretch’s curiously timed departure, said that “candidates in the mix to fill Stretch’s position include current Sidley Austin partner David Anderson, San Francisco Superior Court Judge Anne-Christine Massullo, and former U.S. Attorney Joseph Russoniello—all veterans of the local prosecutor's office”

Sessions had not named an interim by Friday Jan. 5, and Stretch’s last day was reportedly to be on Saturday.

A report Thursday on the NBC television affiliate in San Diego reported that the U.S. Attorney for the Southern District, Adam Braverman, had embraced the Sessions move. Braverman told the station that rescinding the Cole Memo had “return[ed] trust and local control to federal prosecutors,” when I comes to enforcing the federal Controlled Substance Act, which outlaws cannabis.

Braverman, who has prosecuted drug cartels, is a Trump appointee who was sworn into his post in November.

Stretch’s new private-sector role will in some way continue to be of a piece, if indirectly, with legal issues now swirling around the Trump White House: Stretch will focus on white-collar crime at Sidley Austin, with, as a press release from the firm notes, “a particular emphasis on corporate investigations, the Foreign Corrupt Practices Act and criminal defense matters.”

According to a profile of the storied law firm on Wikipedia, Sidney Austin is the sixth largest corporate law firm in the United States with 1,900 lawyers in its stable. It’s been around since 1866, reports Wikipedia and was founded in the aftermath of the Civil War, a time of great divisiveness in the land.

The author of the 2013 Cole memo, James Cole, has since left the government and is now himself a partner at Sidley Austin, according to a Recorder piece that ran on Jan. 5. That same piece quoted California Attorney General Xavier Becerra pledging to fight for the new law and “to vigorously enforce our state’s laws and protect our state’s interests…. In California, we decided it was best to regulate, not criminalize, cannabis,”