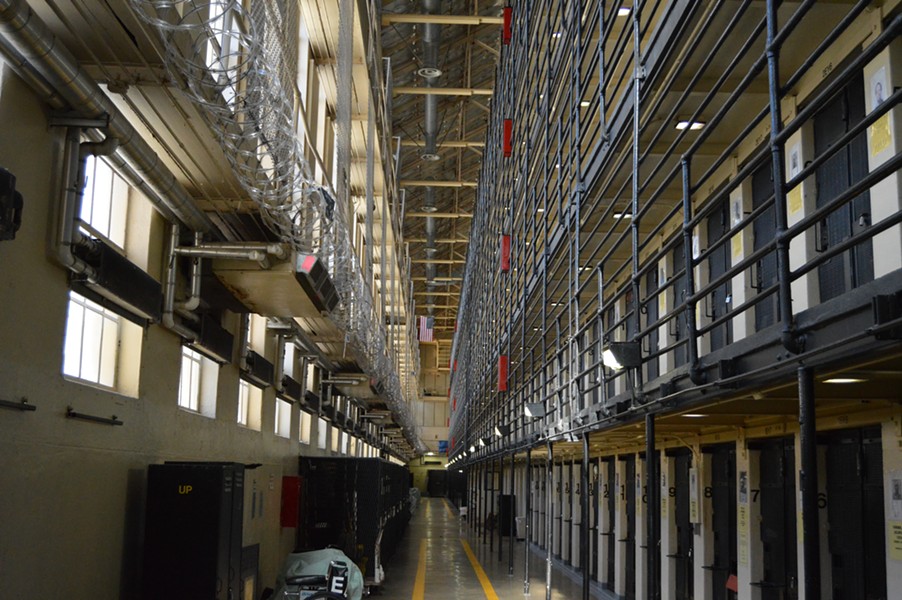 Supporters of author and death-row inmate Jarvis Jay Masters today called for a statewide day of prayer and action for Masters as they implored Governor Jerry Brown and Attorney General Xavier Becerra to take up his cause.

Masters has been in San Quentin since the early 1980s and was implicated in the murder of prison guard Howell Burchfield in 1985. That earned him a capital charge and he spent two decades on San Quentin's notorious "Adjustment Center" before being transferred to the East Block in 2007, where most of the state's nearly 800  condemned men are held. He has maintained his innocence all along and has written a couple of books about his experiences in prison and his rough childhood. One of his big supporters is the American Buddhist Pema Chodron.

The website www.freejarvis.org provides a portal to send a letter to Brown and/or Becerra asking that they tune in to Masters' plight. He did not prevail in his latest appeal to the California State Supreme Court in 2016. An email from the group of Jarvis supporters reports that he is in poor health as a result of his latest hunger strike, which he initiated in November.

I toured San Quentin's various death houses a couple of years ago and spent some time with Masters interviewing him outside his cell. I'd been a fan of his 2009 This Bird Has My Wings and really couldn't believe it when I walked by his cell on the ground floor of the East Block. I extended greetings from a fan of his in New Orleans who had first turned me on to Masters' books and he lit up in a huge, warm smile. He showed me his writing kit—a bucket for a chair, a pen, a writing cap he always wore. Buddhism had helped him to deal with the intensity of the isolation and stress of the experience.  "Spiritual grounding is a real, real enduring force if you ever find yourself in a situation like this," he told me.

The state's execution protocols remain in limbo owing to ongoing issues around the constitutionality of the practice.