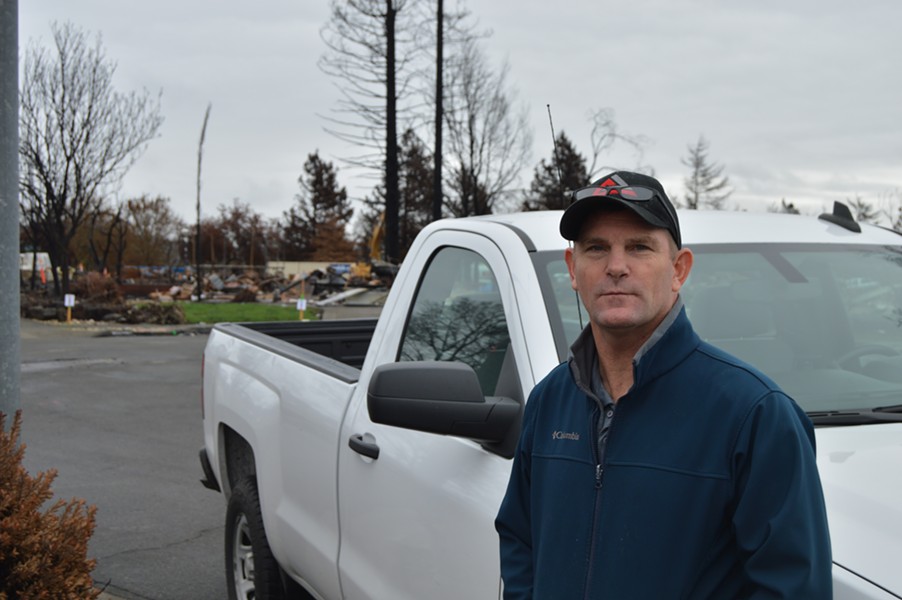 Back in November I wrote about Dan Bradford, a Coffey Park resident who lost his home to the Tubbs fire and who'd gotten caught up in some red tape over the cleanup of his property. Bradford had hired his friend Mark Mitchell—who, as he had done in Lake County, wanted to be the first contractor to swing the first hammer signaling the first house was being rebuilt after the October fires.
Well, wouldn't you know it but I just read in the local daily newspaper that Bradford's house is indeed the first one being rebuilt in Coffey Park. That's great news.