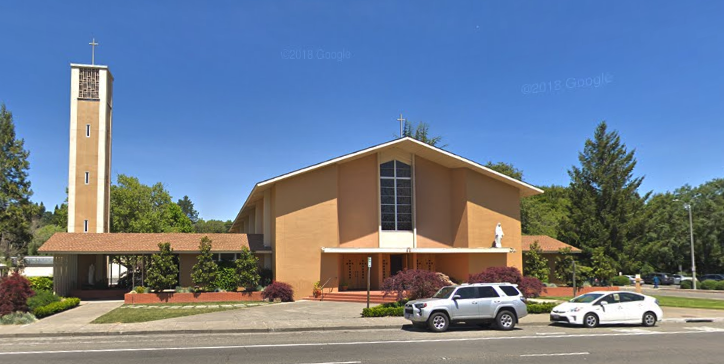 A report released this week by the law firm Jeff Anderson & Associates has identified 17 members of the Roman Catholic clergy assigned to serve the church in Marin County who had demonstrable child sexual-abuse histories that in some cases dated back to the 1960's.

The findings from the law firm lists more than 200 clergy members who served in either the Oakland, San Francisco or San Jose Catholic dioceses and who have been alleged to have committed sexual offenses against minors.

A review of the law firm’s thumbnail sketches of the clergymen gives insight into what Spotlight highlighted—that for decades, the Catholic Church dealt with its pedophilia problems by shuffling sex-abusing clergy from one diocese to another. And it indicates that numerous California Catholic clergy sex abusers got away with their crimes because of a  2003 Supreme Court ruling that rejected a California attempt to retroactively eliminate statutes of limitations for certain sex crimes, including those perpetrated against minors.

Here are the 17 clergy members of the Roman Catholic church who at one time or another were assigned to schools and churches in Marin County, and who are alleged to have committed sexual assault against children, according to Anderson & Associates, which specializes in clergy sex crimes:


• Msgr. Peter Gomez Armstrong, according to the law firm's report, has been accused of sexually abusing at least one child. He worked at the St. Vincent School for Boys in San Rafael between 1975-79 and died in 2009.

• Fr. James W Aylward was subject to a civil suit alleging sexual abuse against a minor, which the law firm reports was settled by the San Francisco Archdiocese. After assignments to San Francisco, Millbrae, San Mateo, Washington D.C., and Pacifica, he arrived at St. Sylvester’s in San Rafael in 1990 and stayed on for five years. Aylward was then sent to Burlingame for a few years and then to Our Lady of Mt. Carmel in Mill Valley from 1998-2000. His whereabouts are currently unknown, says the law firm report.

• Fr. Arthur Manuel Cunha was assigned to Our Lady of Loretto in Novato and served there between 1984 and 1986. He was absent on sick leave in 1986-87, his whereabouts were unknown from 1987-89 according to the law firm, he was absent on leave again from 1989-91 and his whereabouts have been unknown since then. The law firm reports that Cunha was “arrested in 1986, pleaded guilty, and was sentenced to 60 days in jail and four months of counseling in connection with sexually abusing two boys.” He’s been named in multiple civil lawsuits.

• Fr. Sidney J. Custodio was assigned to St. Raphael’s Church in San Rafael in 1955; sex-crime allegations against him were lodged while he worked at St. Gregory in San Mateo County. According to the law firm, his whereabouts have been unknown since 1975.

• Fr. Pearse P. Donovan was assigned to Marin Catholic High School in San Rafael from 1953-55 and allegations of sexual abuse against him were levied when he later worked at St. Clement in Hayward. He’s been named in at least one civil lawsuit, reports Anderson & Associates. He died in 1986.

• Msgr. Charles J. Durkin is reported to have retired in 2002, “a month after the San Francisco District Attorney’s Office requested 75-years-worth of church records related to abuse allegations,” reports Anderson. He worked at St. Sebastian’s in San Rafael in 1962 and lived at the Nazareth House in San Rafael after he retired in 2003. He died in 2006 and was the subject of an accusation of sexual assault that occurred while he was at the Star of the Sea in S.F., where he served from 1956-1961, and again from 1996-2003.

• Fr. Arthur Harrison was charged with criminally abusing a 10-year old when he was assigned to Our Lady of Loretto in Novato, in 1960. The case was dismissed because of the statute of limitation but the Diocese of San Jose lists Harrison as a clergy-member “with credible allegations of sexual abuse of children,” according to the law firm report. He died in 2006.

• Msgr. John. P. Heaney served from 1971-74 at the Marin Catholic High School in Kentfield, and again at St. Rita’s in Fairfax from 1974-79, according to the firm. Allegations against Heaney arose while he was the SFPD chaplain between 1976 and 2002 and he was criminally charged, in 2002, with multiple felony counts of child abuse that were dropped because the statute of limitations had run out. He died in 2010.

• Gregory G. Ingels got his start as a clergyman at Marin Catholic High School in Kentfield in 1970 and was also assigned to St. Isabella church in San Rafael in 1982. “Multiple survivors have come forward alleging sexual abuse” by Ingels from 1972-77, reports the Anderson law firm, while he was at the Kentfied school. He too was criminally charged with child sexual abuse, but the charges were dropped owing to the 2003 Supreme Court ruling. His whereabouts since 2011 are unknown, says the law firm.

• Fr. Daniel T. Keohane was assigned to St. Anthony of Padua, in Novato, from 2006-2009—a sexual-abuse allegation was made against him for activities he allegedly committed while he was at the Epiphany church in S.F. in the 1970’s. The S.F. diocese deemed the allegations credible as it recommended further investigation. He took a leave of absence in 2015 and his whereabouts since then are unknown, reports the law firm.
• Fr. Jerome Leach served at St. Patrick’s church in Larkspur from 1980-1983 and the Anderson report notes that he was alleged to have committed sex crimes there and at All Souls in San Francisco. In 2002, he was arrested and charged with child sexual abuse but again—the statute of limitations had run out.

• Fr. Guy Anthony Mrunig spent his career as a clergyman at St. Sebastian’s in Kenfield-Greenbrae from 1971-1973; at Marin Catholic High School in Kentfield from 1972-1978, and at the Serra Club of Marin County from 1973-1977. The report says that multiple survivors have come forward alleging sexual abuse while he was at Marin Catholic in Kentfield. He reportedly left the priesthood to marry a former student from the High School and his whereabouts since 1979 are unknown, says the law firm.

• Msgr. John O’Connor was placed on leave by the Archdiocese of San Francisco in 2002 “after it received an allegation of improper contact with a boy occurring more than thirty years ago,” the law firm reports. During his career he was mostly assigned to churches in San Francisco but was at St. Isabella’s in San Rafael between 1964 and 1971. He was “absent on leave” between 2005 and his death in 2013.

• Fr. Miles O’Brien Riley was assigned to St Raphael’s in San Rafael from 1964-1968 and also worked as a chaplain at San Quentin State Prison during that time. He was accused of sexually abusing a girl when she was 16, and the Anderson & Associates document notes that the Archdiocese of S.F. permitted Riley to retire quietly, in 2003.

• Fr. John Schwartz was ordained in 1981 and, after assignments in Oregon, wound up at St. Anselm’s in Ross in 2004-2006. No further information is provided by the Anderson report on allegations against Schwartz, whose whereabouts since 2012 are unknown, says the law firm.

• Fr. Kevin F. Tripp was ordained in 1968 and spent much of his career in Massachusetts, where, in 2002 the district attorney in Fall River released a list of priests under investigation for sexual abuse, and Tripp was on the list, according to the law firm. The Massachusetts D.A.’s finding alleged that there were two persons who had been victimized by Tripp. The law firm determined that as of 2003, and according to a San Francisco Faith newsletter, Tripp was the executive director of the Marin Interfaith Council in San Rafael.

• Fr. Milton T. Walsh’s first clergy assignment was at Our Lady of Loretto in Novato before heading to Rome to get his doctorate in 1982. He reportedly returned to Novato on a break from his studies, “where he allegedly sexually abused a boy whose family he had grown close with during his time working at Our Lady of Loretto,” reads the law firm report; he was at Loretto between 1978-1980. Walsh was arrested for the sexual assault in 2002 after being caught in a Novato police-department telephone sting where he admitted to the sexual abuse of a minor—but the charges were dropped. Yes, the statute of limitations case, again. His whereabouts since 2015? Unknown, says the law firm.