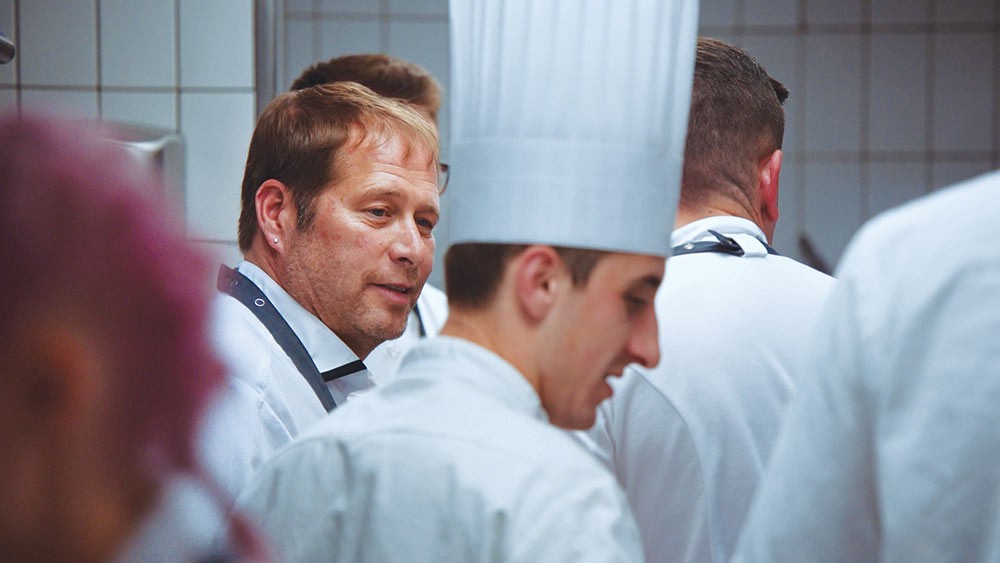 While the premise of the film A Chef’s Journey focuses on following James Beard–award winning chef-owner David Kinch as he travels to France with most of his kitchen staff to celebrate 15 years of his 3-Star Michelin restaurant, Manresa, in Los Gatos, the film actually achieves something it didn’t likely set out to do. With an honest lens, A Chef's Journey lays bare the reality of working in professional kitchens even at the highest echelons.

Right out the gate, Kinch’s team is clearly more nervous than excited about this international undertaking. The journey will entail the preparation of five dinners and four lunches over the course of just 10 days in three different acclaimed French restaurants (Le Taillevent, L’Oustau de Baumanière and Le Petit Nice) in Paris, Provence and Marseille. The mere logistics required to prepare Kinch’s refined California cuisine make one’s head spin. Throw in the fact that French cuisine has been the standard of excellence since the 17th century and no wonder the chefs are feeling the pressure.

This doesn’t mean Kinch’s heart isn’t in the right place. I met him a couple of times and he came off as intimidating; he was quiet, his arms were often crossed and he snuck sideways glances at me—as if he thought I might be untrustworthy. As food-writer Christine Muhlke points out at the start of the film, “David is very old school—he should be a 75-year-old chef in France.”

Contrary to what reality cooking shows would have us believe—most chefs are not limelight-seeking performers. Instead, the majority of chefs simply love to cook and feed people and they fundamentally understand that cooking is a craft that entails julienning hundreds of pounds of carrots and making gallons of stock from roasted bones and mirepoix. It’s not sexy work—it’s hard work and as Kinch points out, it’s not for everybody.

Throughout most of the movie the staff seems both bewildered and awkward, navigating unfamiliar kitchens, a language barrier and, dare I say, the less-than-welcoming French hospitality.

Thankfully, the film features plenty of beautiful food photography alternately paired with jaunty French tunes, romantic classical selections and, of course, chef David Kinch, who speaks honestly about mentoring staff, about his commitment to the best ingredients and about how he still enjoys going to work each day.
In the end, this film may be hard-pressed to hold the attention of non-chefs and non-food enthusiasts, but that makes it honest. What it does best is reveal the truth about cooking in restaurants. Kinch admits he doesn’t want to die cooking in a kitchen and says he has a plan. This admission leads me to believe he is preparing for the next chapter. And to hazard a guess, I wouldn’t be at all surprised if he lands in Nice, down near the ocean—it’s warmer on the Mediterranean than it is in Santa Cruz, where he currently lives.