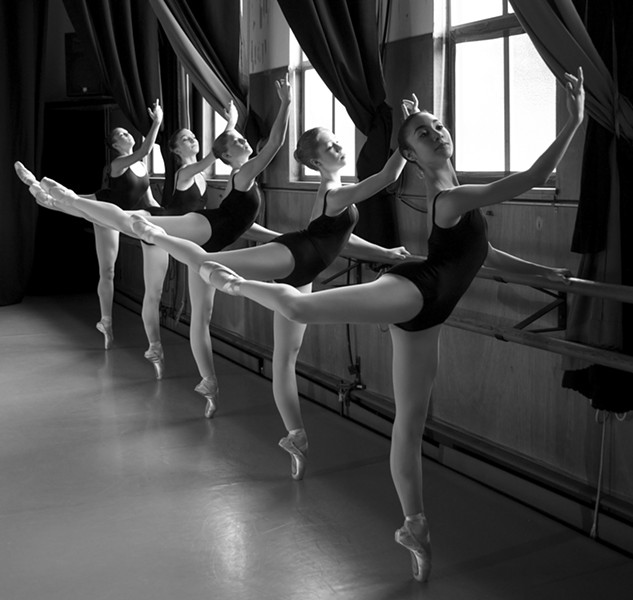 Marin Ballet is half a century young this year, and its golden anniversary marks a significant milestone. To honor founder Leona Norman, and students past and present, the company hosts a public performance on April 13 featuring alumni whose aspirations and hard work led to careers as professional dancers.

Marin Ballet's humble beginning dates back to the 1950s, when Leona Norman, an accomplished dancer, began teaching lessons in a small studio above the old Tamalpais Theatre in San Anselmo. An ambitious woman herself, having danced throughout the world and trained with notable figures in the industry, Norman was determined to bring the standards she knew to her own community in Marin.

In the 1950s and '60s, Norman was a driving force in the regional dance movement, which promoted high-quality dance education and the further development of performing companies across the country. Norman also taught private lessons from a studio in her home until 1963, when Marin Ballet was established as a nonprofit. In 1971, Marin Ballet received a generous grant from the S.H. Cowell Foundation. These funds enabled the organization to acquire its current facility located at 100 Elm St., now equipped with six large studios, including a 120-seat studio theater, dressing rooms, administrative offices, a kitchen and a library.

But it was at the Tamalpais Theatre where Norman met her youngest pupil, Ms. Cynthia Lucas, an ambitious three-year-old who would become Marin Ballet's current artistic director.

Initially too young to take Norman's pre-ballet class, Lucas was determined nonetheless; she even watched her older sister take class through a tiny hole in the wall. With further persistence, Lucas earned herself a spot in Norman's pre-ballet class for five-year-olds. "I just really wanted to dance," says Lucas today. "And that's when the love affair started."

By 1972, Lucas completed her training at Marin Ballet and joined the National Ballet of Canada, where she enjoyed a fulfilling career as a dancer and, later on, ballet mistress. Some years after the birth of her daughter, Lucas accepted Marin Ballet's offer in 1998 as school director and, two years later, artistic director.

Norman passed away in 1975, yet her vision survives. Lucas instills her students with Norman's philosophy of maintaining a sense of life-balance when training to become a dancer. "She had a work ethic that required a serious commitment and a certain amount of respect," Lucas explains, "which meant working our hardest every day while staying within our own individual limits."

Marin Ballet alumna Olivia Ramsay graduated from the program in 2002 under the direction of Lucas. Ramsay represents a modern-day example of Marin Ballet's successes. "My training not only gave me the technical base that I needed to survive as a dancer," she says, "but Marin Ballet also gave me exceptional coaching and performance opportunities."

Ramsay began dancing professionally the same year she graduated, joining Santa Barbara's State Street Ballet and touring throughout the United States, China and Taiwan. Two years later, she joined Ballet Pacifica in Irvine, followed by San Francisco's Smuin Ballet, where she danced for six seasons. ("I loved working with Michael Smuin," she says, "and feel honored to have had the chance to dance for him before he passed away.")

Recalling the influence Lucas had on her while she was a student, Ramsay says, "She is an incredible teacher and has clearly dedicated herself towards preserving classical ballet. She was a tough but loving teacher as a student. Now, I see how this gives her the foundation to be such a successful director."

Current students of Marin Ballet will also have a turn in the spotlight, to perform works by Robert Dekkers, Casey Thorne, Amy London and the legendary George Balanchine.

"April 13th is going to be an exceptional showcase of our current students, alumni and guest artists," says Ramsay. "I hope to see many members of the Marin arts community in the audience."