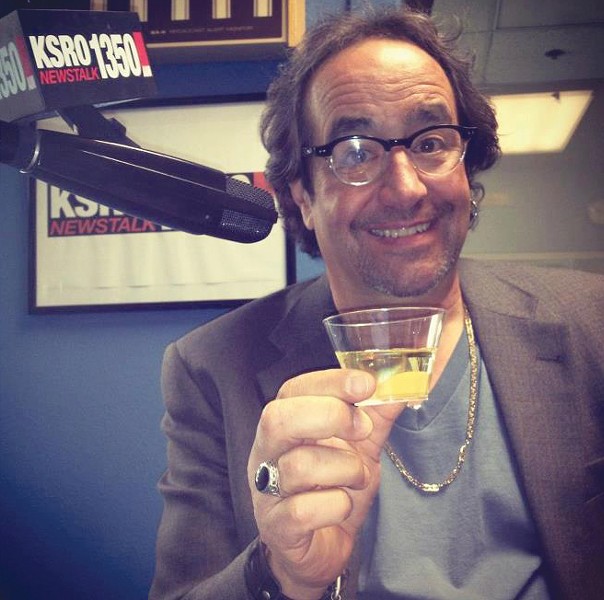 Steve Jaxon has been telling me for the last two weeks that he can take the heat of a roast. After 40 years as a public figure, he's got thick skin.

But Jaxon called me up last night. "I'm starting to tell people that they can be just a little bit nice to me," he said, clearly desperate. Ah. Wussing out, I see.

He's the one who called for a roast, and he's getting a roast, dammit. Jaxon, host of The Drive, who celebrates 60 years on Earth and 40 years on the radio waves this week, is the victim of the Steve Jaxon 40/60 Roast—and boy, is he in for it. On board for the ruthless insults are comedians Will Durst, Johnny Steele and Dave Pokorny; the PD's Chris Smith; councilmember Gary Wysocky; council hopeful Hans Dippel; Bohemian contributor Daedalus Howell; and longtime friend and partner in crime Blair Hardman.

Guy Fieri? He'll be there, too, probably trying to avoid some leveled barbs of his own. The Steve Pile Band provide the tunes, and yours truly, who drops by Jaxon's show The Drive on KSRO every Wednesday, has been tapped as roastmaster.