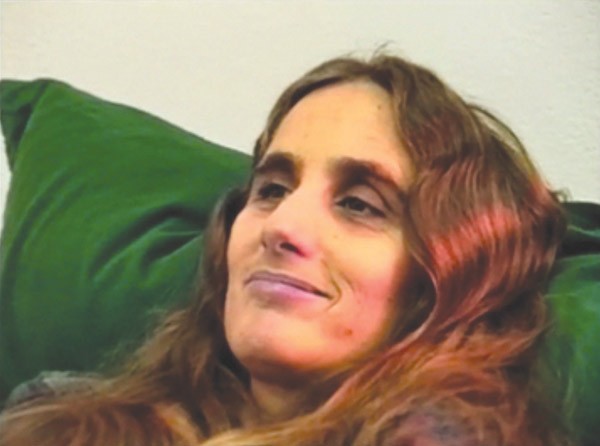 A new documentary posing the question "Who bombed Judi Bari?" has stirred up a veritable hornets' nest of decades-old grudges and accusations among an aging Northern California activist community.

The film is produced by Darryl Cherney, Bari's Earth First! comrade and ex-lover who was in the passenger seat of her white Subaru on May 24, 1990, when a pipe bomb exploded beneath the driver's seat. It premieres in Santa Rosa on March 25 at the Glaser Center.

The impetus for Who Bombed Judi Bari? came about after two attempts to write a dramatic screenplay fell short. "When 2009 rolled around, [director] Mary Liz Thompson and I threw up our hands and said, 'Let's just make a documentary,'" Cherney says on the phone from his home in Garberville.

Cherney's goals in making the film are threefold, he says: to inspire future generations; to place Judi Bari in the annals of history as a labor and environmental leader; and to finally trigger a DNA investigation of the evidence.

After the bombing, Bari and Cherney were painted as "eco-terrorists" who'd accidentally bombed themselves with their own bomb. The two were arrested, but ultimately the charges turned out to be false. In 2002, a civil case against the Oakland Police Department and the FBI for violation of constitutional rights netted $4.4 million for Cherney and Bari's estate.

Bari died of breast cancer in 1997. No conclusive answer has been found to the question of who tried to kill Bari and Cherney in 1990, though the FBI itself has been a popular suspect among theorists.

While the film presents a compelling portrait of Bari's activist work and her charismatic eco-feminist-warrior persona, a certain faction of the North Coast community is asking why Who Bombed Judi Bari? doesn't address a theory that's been chattered about for years—namely, that Bari's ex-husband, Mike Sweeney, and not the FBI, might have been Bari's would-be assassin.

In 1990, journalist and Frontline documentary producer Stephen Talbot began researching the case for an investigative piece in Mother Jones magazine. Talbot went on to produce a 1991 documentary for KQED, also titled Who Bombed Judi Bari? After much painstaking investigation, Talbot concluded that Judi Bari could not have bombed herself and that the FBI had mishandled the case from the start.

But during a visit to Bari's cabin in Willits, Talbot says, she made a surprising confession.

"Bari told me that she suspected and feared that her ex-husband, Michael Sweeney, might have been the perpetrator," writes Talbot in an email to the Bohemian. "I later found out that she had shared the same fear with other close friends of hers." Further research uncovered strong connections between Sweeney and the unsolved 1980 firebombing of the Santa Rosa Air Center, says Talbot.

"When I looked into that and found evidence of his involvement in a previous arson, I too became suspicious of him," writes Talbot. "But I was never able to prove anything. He has always refused to talk to me and threatened to sue, but never followed through."

Sweeney, the current head manager for Mendocino County's trash and recycling services, has historically let his extensive 2005 website, LiarUnlimited.com, speak for his response. When contacted by the Bohemian for this article, Sweeney referenced the website and declined further comment.

Cherney says that he didn't include the Sweeney theory because it's "kind of a big pile of turds."

"Saying Mike Sweeney is the bomber is like saying that Barack Obama was not born in the United States," he says, explaining that Bari's ex-husband couldn't have been in the right geographic location to have planted the bomb. "It's the same mentality. And no matter how much you prove it, the contrarians are never going to believe it." He says the accusations about Sweeney all stem from personal grudges against Judi, part of an attempt to discredit her legacy and disrupt 20 years of work.

"What you find out throughout the years," Cherney says, "is that Judi Bari made a lot of enemies."

Tanya Brannan, executive director of the Redwood Justice Fund and a close friend of Bari's, speaks reluctantly about the case, her voice dripping with palpable frustration.

"It's insane," she says. "There's no evidence that Mike Sweeney was the bomber and all kinds of evidence that he wasn't. This is all being created out of whole cloth by people whose motives are questionable."

Bruce Anderson, editor of the defiantly muckraking Anderson Valley Advertiser, has yet to see the documentary, but nevertheless compares it to North Korean Kim Il-sung propaganda movies. Anderson has made a no-holds-barred written assault on Sweeney-as-bomber for the past 10 years. He's also accused Brannan and Cherney (he calls them "Bari cultists") of profiting from the Judi-Bari-as-martyr-for-the-redwood-trees narrative.

"I think Sweeney was an FBI informant," says Anderson.

Anderson himself has a history of making what his targets have called "wild" accusations. On the Liar Unlimited site, Sweeney lays out what he says is Anderson's history of hoaxes, lies and violence, including an instance where an AVA piece titled "I Bombed Judi Bari" with the byline of Mike Sweeney turned out to be written by Anderson.

Undaunted, Anderson says that his next goal is a long shot, but that he'd like to talk the Mendocino County district attorney into revisiting the case.

"If he would subpoena the DNA from a dozen people, I think we'd know who did it," he says.

Mary Moore, longtime Bohemian Grove protest organizer and a friend of Bari's before a falling out, tells the story of arriving one day at the couple's house on Primrose Lane in Santa Rosa. She said Bari answered the door, shaken up. "He'd hit her, shoved her," Moore claims, adding that she thinks Bari was "too proud to admit that she was a battered woman."

For Mike Geniella, a reporter who covered the timber beat for the Press Democrat during the heated conflicts between Earth First! and timber companies, the question of DNA has become key to solving the case. Namely, matching up DNA on what's become known as the "Lord's Avenger" letter—the anonymous, Biblically inspired confession that arrived at Geniella's office three days after the bombing—with the guilty party.

Geniella's own story has become an intriguing subplot to the bombing. In the fall of 1990, he was called to meet with Press Democrat editors Bruce Kyse and Chuck Buxton at a Cloverdale restaurant, where he was told that he was being taken off the timber beat. Their reason, Geniella says, was an interview with Geniella in the AVA that they claimed showed bias toward Earth First! Redwood Summer actions.

After months of negotiating, Geniella was returned to his beat—and then only after refusing to sign a statement admitting bias.

The drama continued. Four years later, Judi Bari contacted Geniella with a surprising document. While sorting through files for the civil case, she'd come across an FBI memo with the subject line "Mike Geniella." Sent from Richard Held of the San Francisco FBI to William Sessions in Washington, D.C., the memo specifically addressed Geniella's reporting on Earth First!

"The second paragraph said that I had distorted and manufactured the facts and deliberately set out to embarrass the FBI and diminish their case," says Geniella. "In conclusion, it asked, should we voice our concerns to the publisher of the PD or take the concerns to the New York Times, the owners of the PD."

Geniella's editors told him that they'd never had a conversation with the FBI, and Geniella has accepted their stance. But he says the very existence of the memo raises legitimate questions about collusion on the part of the FBI.

As for a DNA test, a scheduled April 12 court date in Oakland may finally provide Cherney's legal team access to old bomb remnants, evidence that he says might solve the case if the DNA were run through a national database.

Geniella, too, wants to see the DNA tested. "We need someone we can trust to get the goddamn facts," he says.

Still, in this raging hornets' nest of accusations, cover-ups, secret agendas and investigative bungles, that might prove to be the most difficult task of all.

For a full interview with Mike Geniella about the case, see here.