An update from Edinburgh 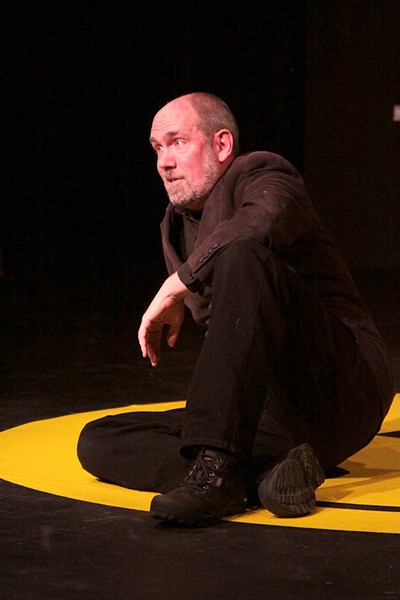 'It's a pig f**k!" That's how comedian Will Durst described the Edinburgh Fringe Festival back in July when he appeared at Wretch Aid, a fundraiser to help send my one-man show, Wretch Like Me, to the world's largest theater festival. Durst has appeared here a couple of times.

I say "here" because I'm writing this column from an outdoor bar at Surgeon's Hall, in Edinburgh, Scotland, where a band of Sonoma County folks has teamed up to present my show—we'll present it a total of 14 times. We've done the show three times and will certainly need a break now and then because, as Will pointed out, it's a pig f**k over here in Edinburgh.

Which isn't necessarily a bad thing.

The city population doubles in size during August, when tens of thousands of theatergoers arrive to catch over a thousand different shows. The competition for audience members is fierce and frenzied—you cannot walk a block without having at least a dozen postcards pressed into your hand.

Reviewers work overtime to see as many shows as possible, and their reviews are instantly copied by the hundreds at Fringe Central—the massive space where performers at the festival can rest, use WiFi, grab a snack and use the printers. Pertinent quotes are then cut out and stapled to postcards, which are rushed back out to the sidewalk to be handed out to passersby.

Here in Edinburgh, reviews and word-of-mouth are the currency that builds attendance. Still, while some shows draw hundreds of people, others are thrilled to get 10.

Acclaimed English storyteller Tim Ralphs dropped in to watch a morning performance of Wretch Like Me. He's in Edinburgh with a one-man storytelling show, all about the devil, Beelzebub Rebranded.

Ralphs stopped me later in the day at Fringe Central.

"Oh man, I wanted to get up onstage and dance right along with you at the end!" he told me. "I'm still abuzz from how good your show is!"

Team Wretch, which includes Wretch's Santa Rosa–based director Sheri Lee Miller and stage manager Robin DeLuca, plans to see Ralphs' devil but we first have to push through the crowds to catch Sonoma resident Reed Martin in his Fringe show, The Complete History of Comedy (Abridged). It's funny to travel 5,000 miles, and still bump into people from back home.

For the record, though, I have yet to see any pigs.

Follow David Templeton's Edinburgh adventure on his blog, www.wretchlikemeblog.com, and on, twitter@_wretchlikeme.