'Aeronauts' keeps its head in the clouds 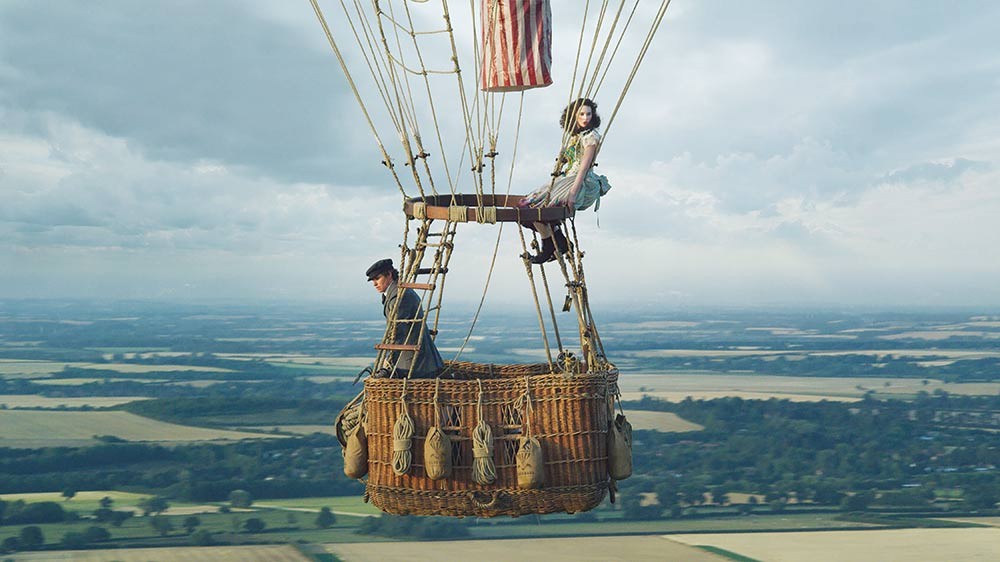 The gallant and thrilling The Aeronauts bypasses the problem of telling an adventure story about Victorians with large beards by making a romantic fiction about two balloon travelers.

James Glaisher (Eddie Redmayne, in his best performance) is a guarded and scorned London scientist in 1862. An auditorium full of beards mocks him for his belief that studying the clouds will give man the ability to predict the weather. Thus, he attempts to break the record for highest ascent, to study the sky with a valise full of gauges and brass instruments.

The actual pilot of the glorious balloon is female daredevil Amelia Wren (Felicity Jones), who is returning to the skies after an inconceivable trauma. She arrives with streamers and a circus dog, turning somersaults in front of a crowd of London thrill-seekers before mounting the wicker gondola. In real life, Glaisher and his partner Henry Coxwell (written out of this script) set a 60-plus-year record when they ascended to a jet-plane altitude.

The film had a short IMAX run, the format that does the fear-of-falling like nothing else; and it must have been near-unbearable. On a small screen, it's still a stomach-wrencher. One watches through their fingers during Amelia's spidery crawl across the frozen surface of the balloon, or the moments when those air pockets that are bad enough to take on a jumbo jet jerk the balloon upward. The skies are digitally painted with great skill, the cloudscapes startlingly rich (apparently director/co-producer Tom Harper sent up a balloon to get some footage).

The flashbacks that get us out of the basket have a sharp edge. Tom Courtenay is very good as James' father, a senile watchmaker; Amelia's sister (Phoebe Fox) never lays her own familial warnings too thick. When the script goes bad, it's good-bad in a classic, old-movie way. The Aeronauts does what movies used to do; telling us fictions to remind us to be brave and persistent.

'The Aeronauts' is available to stream on Amazon Prime.