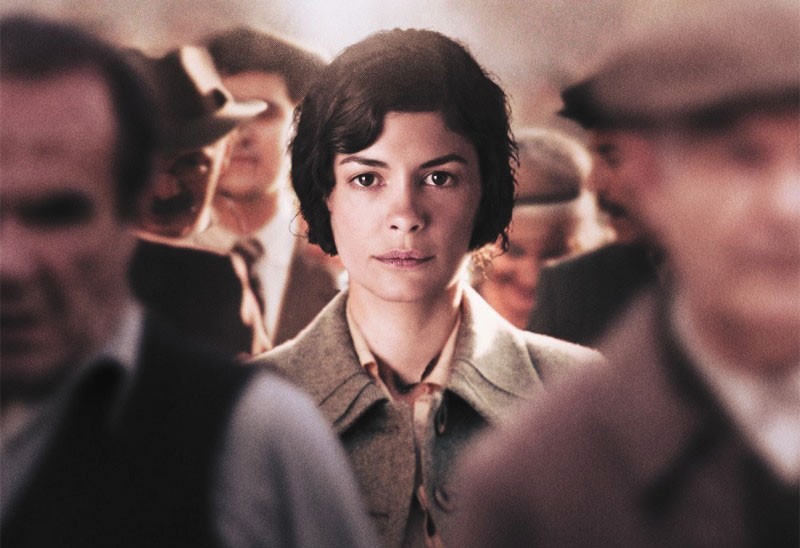 We get films of nostalgia or films that critique the past, but very few that do the same thing at the same time.

Thérèse is the late Claude Miller's adaptation of Francois Mauriac's Thérèse Desqueyroux, filmed some 50 years ago by Georges Franju. Then, Emmanuelle Riva (Amour) played Thérèse, "an Emma Bovary who strikes back," as Franju said at the time. Eerily, there is a noticeable physical resemblance between Philippe Noiret in the Franju version and the very good Gilles Lellouche, here as Thérèse's stuffy propertied husband Bernard, whose only indication of his having a heart is persistent angina.

It's the late 1920s. After an unspeakable honeymoon, Thérèse is impregnated. Her discontent grows after the child is born, her restlessness cinematically symbolized in images of forests containing valuable timber owned by their conjoined families—trees as dry as tinder and waiting for the spark of destruction.

In the lead role, Audrey Tautou may be a bit old for the virginal early scenes, but, realistically, she's not a star because of eternal youthfulness. Tautou made the world fall in love with her in Amélie, and then commenced more ambitious work afterward. She's quite a not-nice female antagonist: mean, grasping, disapproving, with no interest in sex because "my head is too full of ideas." But this isn't a desiccated movie; it's more of a cold-fusion version of Bette Davis in rebellion (Beyond the Forest, with its pines and its blazing kiln, comes to mind).

Some have dismissed Thérèse as Masterpiece Theater, and the framing is often televisionistic; it's likely Thérèse Desqueyroux would never be popular cinematic material, even though it's more tangy than dusty. But Tautou's precision lures the viewer. With her impassive black eyes, bobbed hair and air of callousness, Tautou's real skills show in the transformation, and in her death-warmed-over scenes close to the finale.