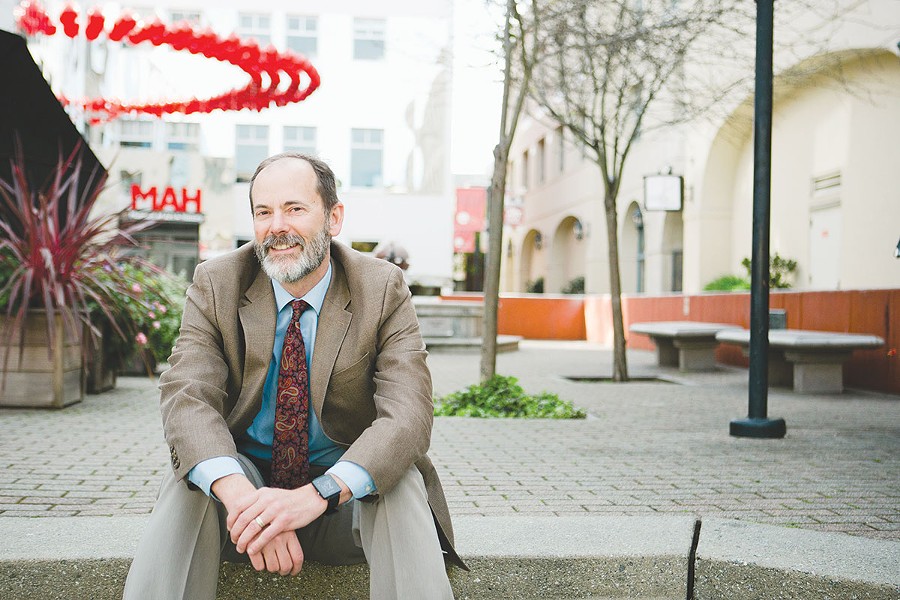 Until a couple of months ago, Charles Lester thought everything was going well at his post as executive director of the California Coastal Commission.

Lester, whose hiring was unanimously approved by the commission less than five ago, had racked up a number of accomplishments as its second director ever, including securing a bigger staff, streamlining complex processes and finding compromise on controversial projects.

Looking back, Lester now admits, sheepishly, that he was considering asking for a raise—until, that was, last December, when he got an unfavorable performance review from commissioners. He realized then that his days at the commission, which oversees more than 1,000 miles of coastline, might be numbered.

Lester received notice of his possible termination in January and opted for a public hearing on the decision.

"The notice itself wasn't a total surprise, although the exact timing was a little surprising," he says.

Lester, known for being low-key and soft-spoken, is technically still employed by the commission, as he helps staff transition to senior deputy director Jack Ainsworth's leadership. Ainsworth will act as interim executive director until a new one is hired.

Lester's termination set off a firestorm of outrage; more than 600 people showed up to his hearing in Morro Bay and gave six hours of testimony in his favor. Due to lobbyists' growing influence on the commission, politicians and environmentalists all over the state say pro-development interests were behind his firing—something Lester says appears to be true.

Commissioners, who called for the termination and approved it on a 7–5 vote, gave their own reasons for the change, some vague and some dubious.

One was the worry that the Coastal Commission staff, 95 percent of which signed a letter supporting Lester, doesn't accurately reflect the diversity of the state. Although Lester called the accusation "a misdirection," he doesn't take the issue of diversity lightly.

"It's really important. I'm not saying it isn't," Lester says. "I felt like I was addressing it. Is there more to do? Yep. There's more to do."

Lester had actually just released an update on the state of diversity in the Coastal Commission as part of his February director's report. The report's numbers reveal a staff that, although not a cultural melting pot, is in step with other state agencies. According to the report, the staff's racial diversity exceeds that of environmental groups in the state, with people of color on staff coming out to 29 percent. "By that measure, the numbers weren't terrible. Again, they weren't good enough, so we were working on it," Lester says.

In the past few years, a discussion has been brewing that goes well beyond the Coastal Commission, about a disconnect between environmental groups on the one side and diversity organizations and communities of color on the other.

Lester's February report outlined steps that the Coastal Commission has been taking to change recruitment and outreach strategies, including its move to ramp up recruiting efforts in the state's public universities. For one entry-level position, people of color in the applicant field increased to 51 percent, compared to 19 percent less than two years prior.

One of the obstacles to diversity, Lester's report explained, might be that the coastal communities, where the commission has offices, are often less diverse, more affluent areas with a higher cost of living.

The stakes transcend questions about the diversity of the staff itself. Lester says the commission's work in social justice can be seen through its commitment to protecting the coast for all Californians, even those from inner-city communities or farther inland. He hopes that this focus doesn't change under a new director, as many people have suggested it might.

"There's a lot more work to do to building bridges to all of California's communities, so that people can enjoy the coast more equally," Lester says. "And that's just something we'll have to keep working on. Every time an access way is opened or protected, that's a step in the right direction. Every time a prohibitive parking restriction shuts down access or somehow prevents people from getting to the beach, that's a step backwards, and those are the kinds of things we fought against."

Another criticism lobbed at commission staff is that it takes too long to process applications. But Lester notes that the wait time for many approvals dropped significantly after the governor's office increased the staff a few years ago. He also says that big projects sometimes warrant long waits and that sometimes it's a developer who creates the impasse.

"You get this narrative created that somehow there's a problem, when in fact it reflects the necessary process to make sure we're following the law and protecting the resources as the Coastal Act states," Lester says. "I'm not saying there aren't cases where something could have been done more efficiently. Every once in awhile someone drops the ball. That happens in every organization. But I think, overall, if you look at the commission's record and you look at the data, the commission's doing a pretty good job."

The Coastal Commission's next meeting is April 13–15 at the Sonoma County Supervisors Chambers at 575 Administration Drive in Santa Rosa. Among other agenda items, they'll be talking about a controversial plan to start charging for beach access at a dozen-plus Sonoma County coastal destinations, through self-pay "iron rangers" that would be installed and managed by the state.

The Commission was brought in last year to referee a fight between the state and the county over whether to implement the fees, and the commission was reported to be split on the issue. That was many months before the commission moved to oust Lester—who had reportedly gotten on the bad side of State Parks for not immediately signing on to the beach-fee plan.