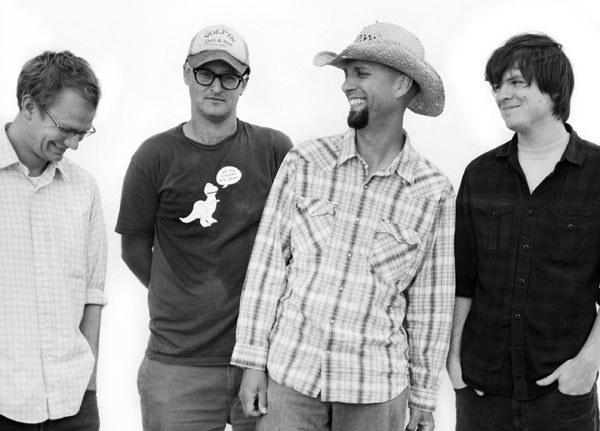 Just like his farm-spun songs, Petaluma songwriter Arann Harris is raw and exuberant. In conversation, the horn-rimmed glasses-clad Oakland transplant is all over the map—if the map spanned from the East Bay to a farm teeming with lambs, new babies, kids on field trips and music.

"I'm just a big sweaty mess of exuberance," says Harris about his stage presence. As frontman for Arann Harris and the Farm Band, farm "hoke" is something that the tall, gangly musician says he embraces; it's not about being cool, but about being "raw," a style drawn on the simplicity of growing vegetables, what comes from the earth, the rawness of life.

"I come from a summer camp background of call-and-response," explains Harris. "It's all about entertaining. We're campy."

For example, the song "Shelf," from the band's latest album Consolation Prize, opens with the refrain "I'm raw, yes, I'm raw." He says the song's chorus, "I ain't no ding-dong, I ain't no ho-ho," was written with a call-and-response audience sing-along in mind.

The band plays a form of hybrid hootenanny country blues that always gets a crowd stomping. Originally the Green String Band (their first album, Schoolhouse, was recorded on the Green String Farm), they've played benefits, barns, and stages across Sonoma County. They've survived an exit by the original drummer, who decided to devote himself to chicken farming. And most seriously, they've survived a brush with near-disaster in 2010 when Harris was hit head-on by a drunk driver while driving home from the family farm.

The accident sent Harris to the hospital and left him with permanent scars, but he says it hasn't much affected his energy. It did inspire a couple of songs, though: "Heidi" tells the story of his fate intertwining with the 35-year old drunk driver on that rural Petaluma road. "Basically, it kind of provided material," says Harris. "When something shakes your world so much, it's what you sing about."

For now, with a baby boy at home and a live schedule including the Spring Roots benefit for the STRAW Project on March 30, the inveterate performer is keeping his eye on the possibilities rather than what might have been. After playing the Outside Lands Festival last summer in San Francisco, he's says he's ready for whatever's next. The only guarantee is that whatever it is, it will be fun, it will be wild, and it will be raw.

"None of this has been planned, you know?" says Harris.