Feasting with the Cittoni family at their downtown Napa takeout joint 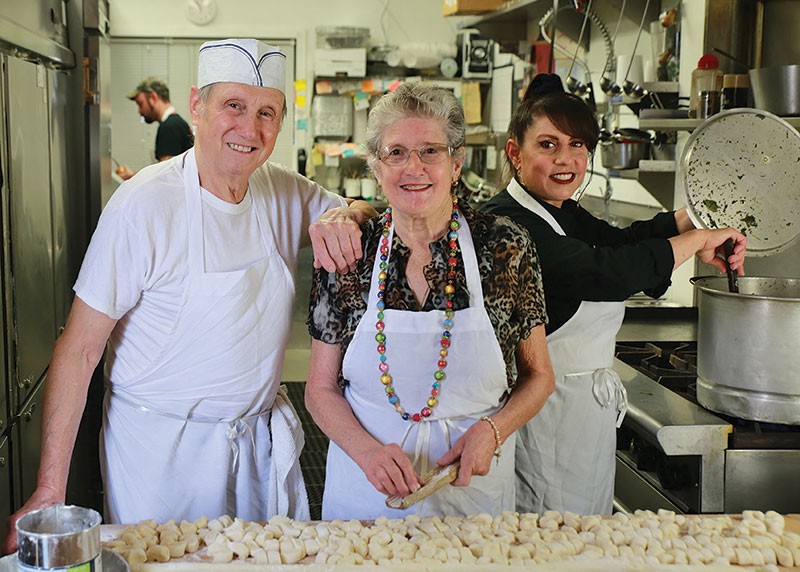 Passing by the doorway to Val's Liquors, the aroma of crushed basil and simmering meat draws in passersby like metal to a magnet. Through an ordering window, one can see the source of this heavenly scent: the Cittoni family at work in their kitchen, bringing a little piece of Italy to downtown Napa.

"Papa" Clemente Cittoni, a septuagenarian with a twinkle in his eye, emigrated from Lake Como, Italy, in 1959. Finding his way to Napa, he began working in the kitchen of the Depot restaurant under the tutelage of Teresa Tamburelli and her family. She shared the recipes for her signature malfatti, minestrone soup, pot roast, ravioli and much more.

In 1974, Cittoni became a part owner of the restaurant and continued to work there, all the while perfecting the food and gradually bringing in his family to work with him. His wife, Mary, sons Steve and Dino, and daughter Joanne joined him at the Depot for 30 years and put their stamp on the menu. In 2004, ownership changed, signaling an end to the Cittonis' run at the restaurant.

But the family set up an operation inside Val's Liquors on Third Street, and they've created a mini dynasty in this unlikely spot.

Clemente's Authentic Italian Takeout is well known in the valley for its food. Everything is made from secret recipes, and the menu is full of much-loved classics as well as lesser-known specialties. One such specialty is malfatti ($4.50 per dozen), which was invented by Teresa Tamburelli in 1925. According to legend, she was booked to serve a baseball team visiting from San Francisco and was out of ravioli, so she took the filling, rolled it into balls and boiled it, then served it with the house meat sauce. The dish was a huge success and continues to be one of the most ordered items on the menu.

The raviolis and gnocchi ($4.50 per dozen) are handmade each day, then cooked to order and doused with rich, hearty sauce. The minestrone ($5) is thick, creamy and laden with vegetables (perhaps its velvety texture comes from Arborio rice, although the recipe is closely guarded). Classics like veal scallopini ($10.99) and chicken saute sec ($7.99) are seasoned to perfection with garlic and herbs before being covered with mushrooms. The pot roast ($9.99) attracts a following from the old Depot days—fork-tender with a gravy that begs to be sopped up with a hearty crust of bread.

The Cittonis offer sour baguettes from Sciambra-Passini, another family-run operation with a long history in Napa. Besides sopping up the sauces, the baguettes are used in Clemente's signature sandwiches like the Dino Jr. ($7.25), a kind of pizza pocket stuffed with cheese and sauce. (The scallopini or pot roast can also be ordered on a sandwich.)

As for specials, the risotto alla milanese con funghi ($6.50) is a must-order special when available—creamy rice with a hint of saffron and earthy mushrooms that make the flavors hum.

Clemente's is a hidden gem, waiting to be discovered by foodies scouring for the "new"—it's a rarity in the valley, and one worth seeking out.