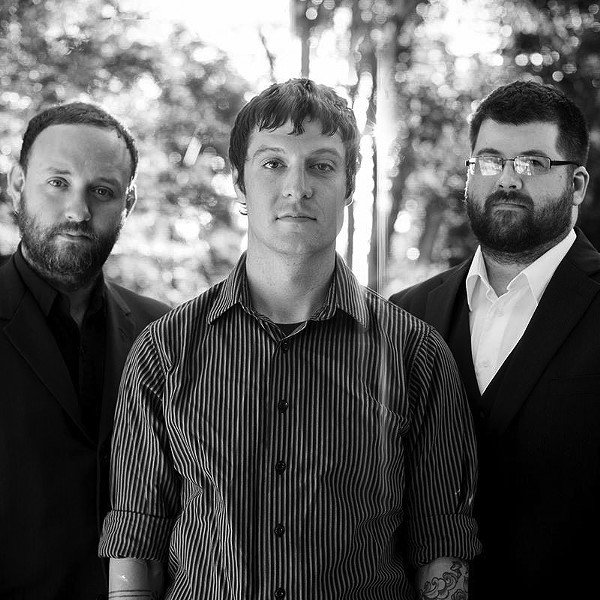 Since forming in Santa Rosa in 1999, the Velvet Teen have served as the standard bearers for indie rock in Sonoma County.

Founded by singer and multi-instrumentalist Judah Nagler and bassist Josh Staples, and joined by drummer Casey Deitz in 2006, the band has continually delved into varied arenas of music, be it piano-driven chamber pop or electro-prog noise rock.

Nine years after their last full-length release, the Velvet Teen return with an eclectic and energizing new album, All Is Illusory, on Top Shelf Records.

"We've taken each album up to this point as an exploration," says Nagler from his home in Petaluma. "I feel like now we have any one of those sounds at our disposal, we have all those colors in our palette. For this last album, we drew from all those sources. It just organically happened that all those elements became a part of this bunch of songs."

All Is Illusory was in the works for several years and is their most collaborative album to date.

"[Collaborating] tends to lend itself to a better end result," says Nagler. Certain tracks, like the euphoric power jam "You Were the First," were born out of single jam sessions, while others, like the shimmering slow burner "The Giving In," were built piece by piece. Throughout, Nagler's signature pleading vocals soar over Deitz's hyper-yet-precise beats and Staples' rumbling bass lines.

Between this album and the last, the band faced a series of personal and professional challenges. Founding drummer Logan Whitehurst died in 2006 after a battle with cancer, and the group struggled to get a new record out, though their 2010 EP, No Star, was an expressive blast of fresh air.

"I'm grateful that we've been able to stay together in one form or another. Now things are feeling a lot more solid than they have in quite a long time," says Nagler.

All Is Illusory is a triumphant statement from the band, crafted from half a lifetime spent creating countless musical conversations. This summer, the Velvet Teen take their record on the road for a massive tour that wraps up with a concert Aug. 22, at the Phoenix Theater in Petaluma.

Music Velvet Teen All Is Illusory