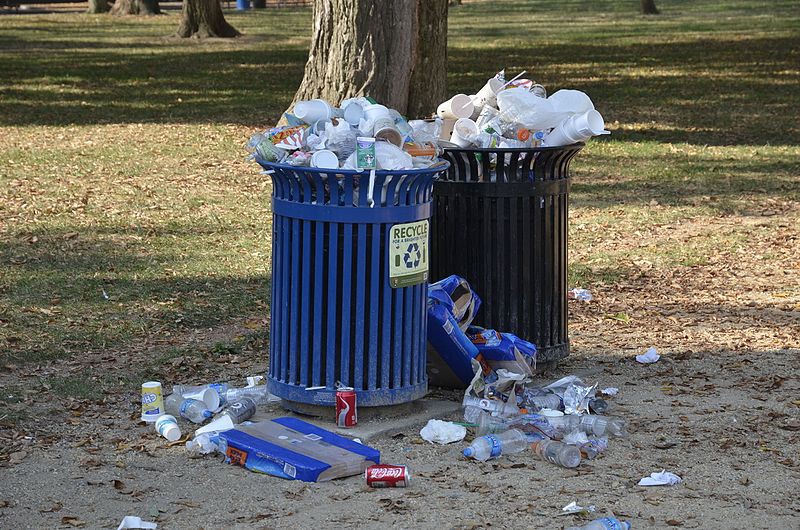 North Bay U.S. Congressman Jared Huffman says that by the time the federal government shutdown ends—and, three weeks in, who knows when that will be—they'll need to deploy hazmat suits at Pt. Reyes National Seashore to clean up the despoiled bathrooms and other facilities.

"It's not an exaggeration," says Huffman, who visited the park this week and spent last weekend picking up trash in his district, at the Golden Gate National Recreation Area, with fellow congressperson Jackie Spiers. He says the shutdown's ill impacts have hit the GGNRA, the Redwood National Park in Del Norte and Humboldt counties, and Muir Woods in Marin County.

Huffman says he took some cookies to the skeleton crew of "essential" employees continuing to work through the shutdown. "It's hurting the Parks Service in obvious and less obvious ways," he says. Point Reyes is a porous park with no entrance fees, and the crowds are still showing up.

The obvious impact has already been noted: Break out the hazmat suits, those bathrooms are a mess! The less obvious impact, he says, is how the shutdown is turning worker against worker, very Trumpian, as it creates internal friction. He explains that staff at the park told him that workers who were deemed "non-essential" were sent home without pay and resent being called "non-essential." Workers who were deemed essential are being forced to work without pay and resent that.

The shutdown, too, has suspended an ongoing general management upgrade process at the park that's trying to balance the demands of ranchers in the federal park against a more wilderness-only approach to park management. "There's a ripple effect that will likely be an even greater delay in getting that done."

Huffman posted a photo on Facebook this week of a "Trump Trash Can" filled with garbage collected in the GGNRA, and says that he and Spiers plan to bring the bins back to Washington with them. "We're going to take some of that trash to Donald Trump, because it's his trash," he says.

Speaking of Mr. Trump, Huffman was an early proponent of impeachment proceedings against the president and says he's never heard a peep from Nancy Pelosi about it. "I just didn't use the m-f-word," he says with a laugh, referencing freshman Detroit congresswoman Rashida Tlaib's pungent putdown of puny-fingers. "There's been no pressure from Pelosi to back off from the impeachment stuff," he says. "We're all individual members of Congress."