Pod People and the culture of dissent in the Trump era 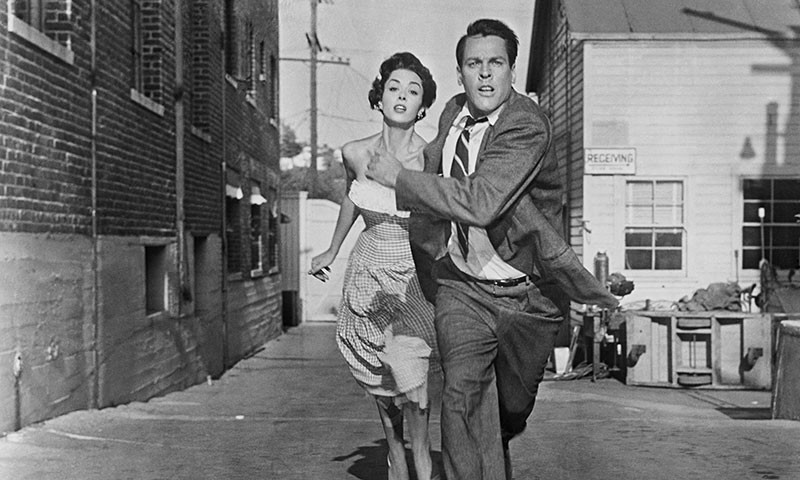 The other day, I was driving through Petaluma, flipping through the radio, and there was Rush Limbaugh, engaging with a man who had called in to let him know that he didn't believe anything he saw on the news anymore. Not a darn thing. It's all fake news.

Say it, man, say it! Limbaugh cooed to the man.

The Pod People are coming! Defiant in their ignorance, pugnacious in their reactionary outbursts, the Trump invasion has snatched the body politic from the grasp of a culture-war victory and is pulling out the stops to enforce a platform of rote subjugation to whatever nutbag edict emerges from the White House.

Just in time, this week the Alexander Valley Film Society is airing the original '50s-era Invasion of the Body Snatchers, and Charlie Swanson has the details in the Crush column (p19).

Body Snatchers was subjected to the politics of Hollywood editing, and wound up as both a critique of the Joseph McCarthy, anti-communist witch hunts, and a critique of the potential for American totalitarianism courtesy of the Russians. The more things change . . .

The film has something of a happy ending—Hoover's FBI arrives in time to keep the pods and the Pod People out of the big cities—where, in our recent election, voters by and large did not turn out for Trump and the FBI was less than helpful.

The 1978 remake of the film stars Donald Sutherland and takes on the post-'60s cultural shift toward "Me-ism," and does not have a happy ending—but it's a great, scary ending. The Pod People are victorious in the remake—victorious in their mandate to enforce a monoculture sameness, and in San Francisco, no less.

The original version arrives in Sonoma County amid a national convulsion over free speech in the Trump era, where, for example, high-media supporters such as Ann Coulter blast Berkeley's recent and reasonable decision to cancel her appearance after she refused to accept security demands made by the university.

It comes as "heritage"-supporting citizens arrive in New Orleans to stand by cultural signifiers of the Confederacy and make free speech arguments about the expressive content of a Robert E. Lee statue. And it comes as the White House just told federal agencies that the house TV channel is now Fox News, turn off that CNN—fake news.

The Pod People are coming! And they don't care about free speech. Indeed, the queen-bee of the Pod hive-mind violently opposes the free speech rights of those she disagrees with. When the misguided Marin native John Walker Lindh joined the Taliban, Coulter noted that "we need to execute people like [him], in order to physically intimidate liberals." When domestic terrorist Timothy McVeigh blew up a federal building, Coulter noted, "My only regret with Timothy McVeigh is he did not go to the New York Times building."

The Pod People are coming! Keep an eye out for this nasty, invasive species in our parts. It's a real killer. Break out the RoundUp if you need to, desperate times require desperate measures.