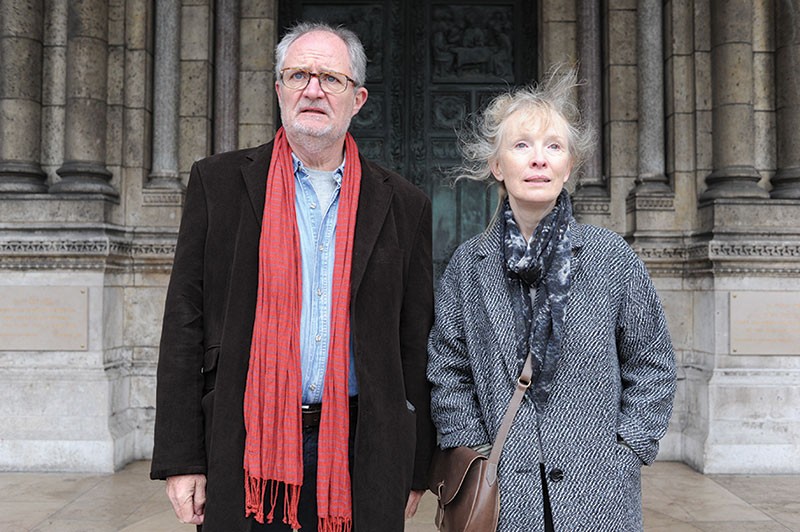 Seeking a more avant-garde crowd than the usual middle-aged angst movie, Le Week-End's references to the revolutionary Antonio Gramsci and the dance sequence in Godard's Bande à Part flatter us, expecting we'll get it. The Paris street locations, more high than low, set the right mood in what is an older person's version of work from the Richard Linklater/Julie Delpy axis.

Director Roger Michell (Notting Hill, Venus) follows married couple Meg (Lindsay Duncan) and Nick (Jim Broadbent), taking the Chunnel to celebrate their wedding anniversary in Paris. Meg is a spiky, handsome lady with excellent French. She's the envy and despair of her husband, a philosophy professor facing ultimate futility at the end of his career. They're at the stage in marriage where they're both best friends and worst nemeses.

We get a suggestion of their power dynamic in one particular scene where Nick begs for something he wants from her on all fours—perhaps they've been playing this game for decades. Scottish actress Duncan here looks more like Joni Mitchell than Joni Mitchell does, seasoned and glowing with an aura of severity. (Duncan should be in line for any work Judi Dench isn't getting.)

The question of the film is whether sentiment will keep Meg attached to her flailing, needy husband. It gets worse when Nick's failure is contrasted with the mad success of his old school chum (Jeff Goldblum), a fountain of nigh-embarrassing American compliments, with a wife half his age and a tremendous view of the Place de la Concord from his window. It's a delight to have Goldblum back lately, but I waited for the payoff—a hint of the spite that comes from failure.