As legislators bicker over guns laws, tragedy strikes in Napa 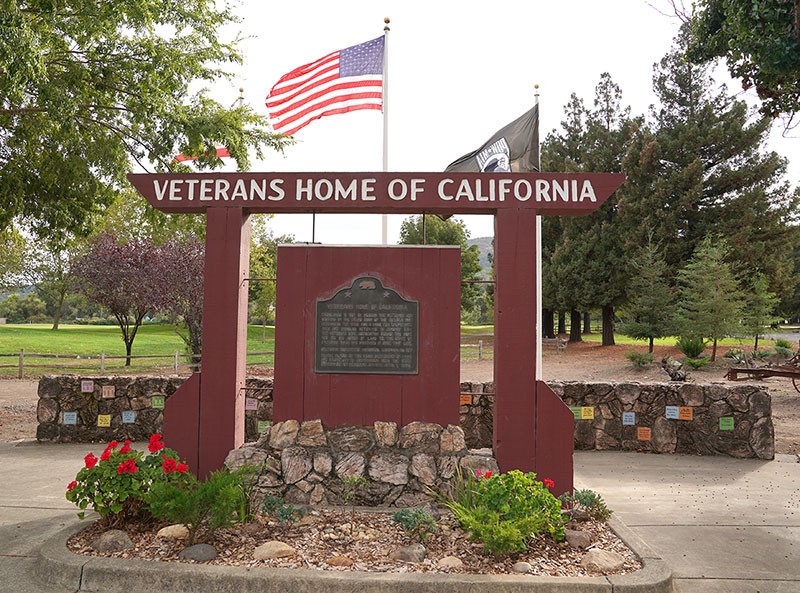 State Sen. Bill Dodd was at a meeting in Napa County about wireless emergency alerts this past Friday morning when the emergency alert on his phone went off, along with those of Sonoma County Supervisor James Gore and District 4 Assemblywoman Cecilia Aguiar-Curry.

Dodd has sponsored a bill in Sacramento this year to address reported failings in the region's early warning system after last year's wildfires, but nobody could've warned the North Bay representative about what was happening Friday: U.S. Army veteran Albert Wong, a former infantryman, took three persons hostage and killed himself and the three women at a nonprofit residential unit run out of the California Veterans Home in Yountville, located in Dodd's district.

When contacted last week, Dodd had just briefed a representative from Gov. Jerry Brown's office. Early in the episode and while it was still an "active shooter" moment, he reported what's now widely known about Wong: "This was a veteran who has PTSD that was in a program and apparently terminated from that program, and came back with body armor and an automatic weapon."

Wong's identity wasn't released to the public until after law enforcement found him with the three women he reportedly shot after a tense day-long siege at the facility, one of the largest veterans homes in the country.

Wong had been a recent resident at the Pathway Home on the grounds of the veterans center. The Pathway Home is licensed by the state to provide outsourced mental-health treatment for so-called 9/11 veterans who signed up for service after the 2001 terror attacks. The program is focused on returning Iraq and Afghanistan veterans; Wong served in Afghanistan around 2012–13 and returned to the states with a vicious bout of post-traumatic stress disorder.

This latest episode of gun violence occurred just weeks after the Parkland, Fla., school shooting, and as the events in Yountville unfolded locally, other gun-related issues were simultaneously playing out, as if in split-screen.

Even as Wong was engaged in a shootout with a Napa County sheriff, Florida Gov. Rick Scott was announcing a set of NRA-unfriendly new gun laws in that state, none of which target or ban any specific weapon. The Parkland killer used an AR-15. Dispatch calls released by the Napa Sheriff's Office indicate that Wong was armed with an M4 rifle. Civilian versions of that weapon, which is used widely by the U.S. Army, came on the domestic market in 2012, according to online gun magazines.

The terror in Yountville unfolded as the Trump administration continues its push to fully privatize the Department of Veterans Affairs and as the president flip-flopped wildly on gun-control measures in recent days. And it occurred as U.S. Rep. Mike Thompson has been promoting a putatively "bipartisan" bill in Congress that would enhance background checks while staying away from any discussion around banning assault weapons.

"People across our nation are calling for meaningful action, and the White House is merely feigning in order to appease his base," said Thompson in a statement as he teed off on Trump. "While I am disappointed, my resolve to force action is only strengthened. We have legislation that is widely supported by Democrats and Republicans that will strengthen and expand our background checks system and help keep guns out of the hands of dangerous individuals. We must take action to prevent gun violence and keep our schools, our communities and our nation safe."

Thompson is a lifetime gun owner and a Vietnam War veteran. Post-Parkland, he told a crowd in St. Helena that banning assault weapons isn't the right approach to gun control, given that there are already so many of the military-style weapons in the hands of Americans. Tragically, one of those Americans was Albert Wong.

Thompson, like Dodd, was on-scene all day following the Yountville shooting, which occurred in his Congressional district. As the tragedy unfolded, Thompson indicated that he'd had enough not only with Trump, but with the president's supporters. In a remarkably testy Facebook moment, he lashed out at a Trump-supporting man from Brooklyn who jumped on Thompson's page to slag on law enforcement in Napa County for pulling a Parkland and not engaging with the shooter.