How do Sonoma County's own Tony-style awards work? 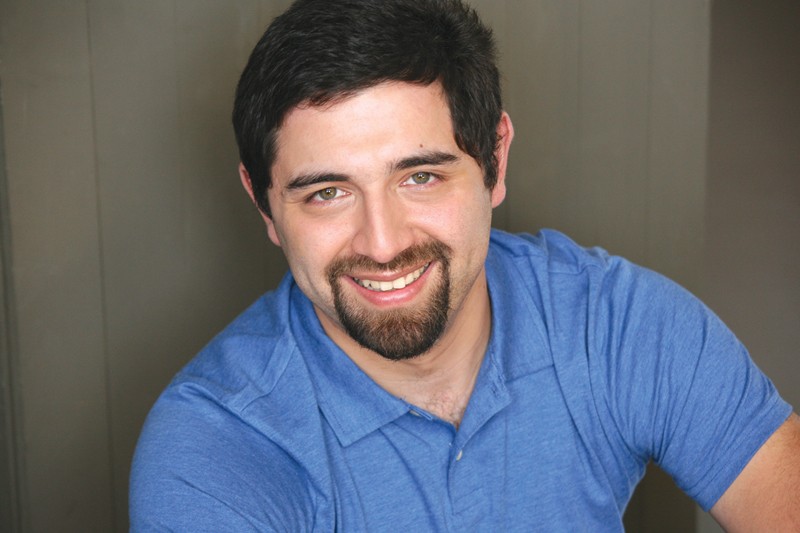 Halfway through last year's Stage One Theater Arts awards, held annually in downtown Santa Rosa, a curious passerby stopped to take in the scene at the Glaser Center, where a merrily multicolored crowd, youthfully dressed to the nines, was milling around the lobby during the show's intermission. Once informed he had stumbled upon the Stage One Theater Arts awards, the inquisitive gentleman pondered that information for a moment.

Created five years ago by actor-writer-director and SSU graduate Lito Briano, the SOTA awards honor excellence in Sonoma County theater. But they were initially designed as an on-campus celebration of Sonoma State University's theater arts program.

"I just wanted to create an extra bit of excitement and energy," Briano says. "From the beginning, I envisioned it as something that might someday reach beyond SSU to the entire theater community of Sonoma County."

The following year, Briano took the SOTAs off campus, and began the long, slow process of turning them into something the entire community could embrace.

"It's a work-in-progress," says Briano, who admits that some of the youth-quake shenanigans of the first few years—co-hosts in boxer shorts; musical numbers in questionable taste—might have been less elegant than they were (undeniably) crowd-pleasing. This year's choice of host, Sixth Street Playhouse artistic director Craig Miller, should lend some extra class and credibility.

As for the awards themselves, with nominations and voting patterned after the Academy Awards, Briano has made a huge effort this year to increase the voting membership by reaching out to every theater company in the area. From the original 20 theater students who acted as members of the Stage One Theater Arts Awards Academy, the total SOTA membership now numbers 92 people and counting.

Still, there are some major players in the Sonoma County theater community who prefer to sit the SOTAs out, concerned that the awards don't accurately represent what's going on in the area. Winners, for example, tend to be those shows presented by the area's younger and newer theater companies.

"There are awards, and then there are awards," says Elly Lichenstein, executive artistic director of Cinnabar Theater. Lichenstein declined the invitation to become a voting member, though Cinnabar's shows—and Lichenstein herself, who gave one of the year's best performances in So Nice to Come Home To—are still eligible for a number of awards. "My feeling about SOTA-type awards, including Best Of awards and all of those things, is that they tend to be a bit too self-congratulatory. 'Vote for me! Vote for us! Tell all your friends to vote for my performance!' That doesn't have any real value for me.

"I can't in good conscience call my theater company 'the award-winning Cinnabar Theater,' if winning that award really just meant I was the one with the most Facebook friends."

In fairness to the SOTAs, the Facebook scenario Lichenstein describes better fits the Broadway World Awards, in which anyone at all can log on and submit a vote. Though membership to the SOTA Academy is fairly easy to obtain for those in the theater scene, it isn't the kind of operation where friends and family can affect the outcome of the vote.

"I do think that theater awards can have value," remarks Beth Craven, artistic director of Main Stage West theater in Sebastopol, and a former associate professor of Theater at SSU. "Awards ceremonies can rally the troops and get your patrons excited, and I do think it can be a good thing."

According to Craven, what the SOTAs need to do next is establish stricter criteria for voting members, requiring each voter to see a minimum number of shows at a variety of theater companies. The Bay Area Theater Critics Circle, in comparison, requires members to see a minimum of 40 shows per year, and no one is allowed to vote for a show they did not see. Unfortunately, the Critics Circle awards rarely ever honors shows north of Petaluma.

"There are ninety-something shows happening every year in this area," Craven says. "I try to get out and see as much theater as I can, but last year I never made it to SSU to see anything they were doing, and I doubt many of them made it to Main Stage West, so I don't feel it would have been fair for me to be deciding what was the best in Sonoma County."

Ultimately, though, according to Briano, the SOTAs were designed to be less about winning and losing than about celebrating Sonoma County theater and theater artists, new and experienced, young and old.

"The SOTAs are a great big party," he says. "It's how theater artists get together to support all of our efforts. Basically, it's just a way to have a good time together."