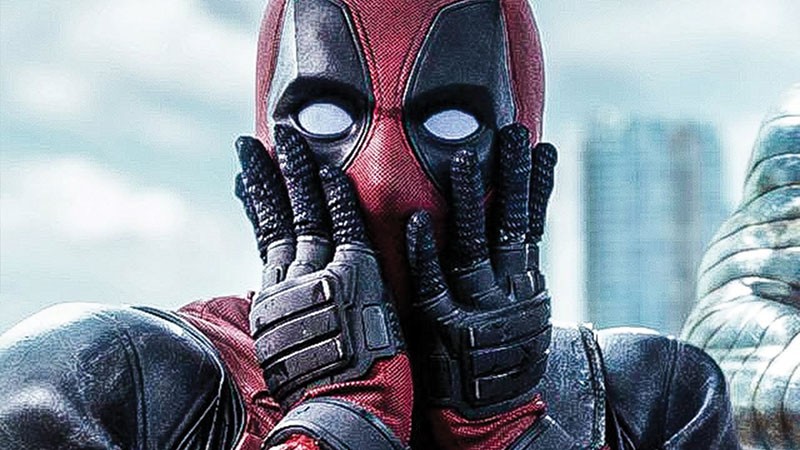 As if it were Honest Movie Trailers—The Movie, Deadpool 2 leavens the hit-making Marvel mix of fight scenes, flashbacks and explosions with penis jokes. Protagonist Wade Wilson (the ultra-bro, Ryan Reynolds) was a mercenary. He was left with a complexion like a Costco cheese pizza after a forcible gene-scrambling experiment intended to cure his stage four cancer. Now he's the killer Deadpool: hooded, cross-sworded, armed and ludicrous.

His superpower is bouncing back after extreme dismemberment. Deadpool is the most cartoony of cartoon heroes, the one who owes the most to Chuck Jones and Tex Avery. He clowns before a long-gone fourth wall. At one point he describes a clue as "a huge steaming bowl of foreshadowing." The baseball goes so inside that there's even a reference to the way Deadpool creator Rob Liefeld drew figures with Dumpster-sized chests and skinny footless legs.

Deadpool's frenemy here is Cable (James Brolin) so thoroughly ripped from The Terminator that Deadpool even calls him "John Connor." Strangely, Brolins's jaw is a little scarier without the CG chin-augmentation he had in Avengers:Infinity War.

The highlight is a Vancouver super-truck rampage with Deadpool at the wheel, upside down and ass-forward. He's helped by the movie's standout Zazie Beetz as Domino, who has a new kind of super-power, supernatural luck: nothing ever falls on her head, even when it's raining automobiles.

The film is not as overfilling as the first Deadpool, and from a nerd standpoint it has a little more respect for the chrome giant Colossus (Stefan Kapicic) than its predecessor.

The downside is that Monica Baccarin, who gave the first Deadpool a strong romantic twist, is mushy here. She wants to be a mom and spends her time in the movie in a sort of heavenly purdah. When she says, "The baby factory is open for business." the line goes beyond cute and into the realm of something written by someone a little unsure of how babies are made—which fits given the middle school humor that pervades the movie.