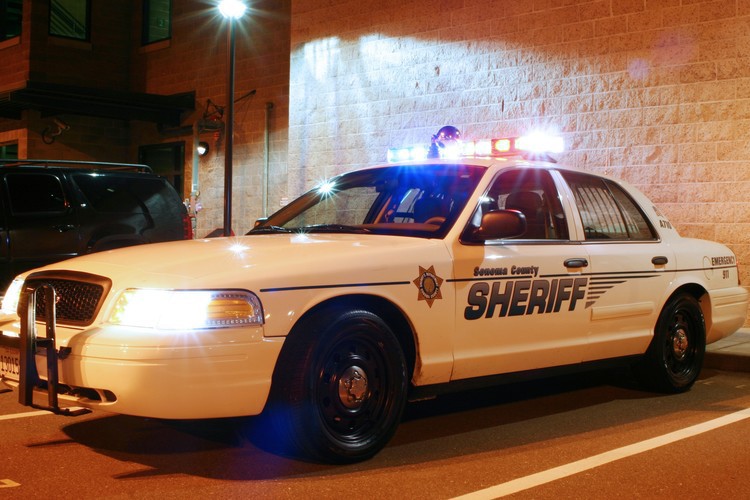 The Sonoma man died while officers tried to restrain him after a violent and mentally distressed Cameron was found punching lighting fixtures while naked, sweaty and bloody at a Sonoma trailer park. Cameron was Tasered, handcuffed and ultimately subdued only after officers utilized the maximum restraint cord, aka the cord-cuff method: a nylon cord with a loop at one end and snap hook at the other.

"Deputies began applying the cord and only had it secured around Mr. Cameron's waist," reports Ravitch in a public copy of an officer-involved fatal incident report obtained by the Bohemian this week. "Shortly after beginning to apply the maximum restraint cord, Mr. Cameron stopped moving."

One of the deputies on the scene "believed that Mr. Cameron's movement indicated the cord was working." The three deputies then realized Cameron was in medical distress, and the officers checked for vital signs and signs of breathing. The half-applied cord was removed and medical personnel were called in. The handcuffs were removed from Cameron once the medical personnel showed up, the report reads. He was pronounced dead a half hour later.

Section 305 of the Sonoma County Sheriff's Office (SCSO) guidelines says that the "maximum restraint position will be used to control violent, handcuffed individuals who continue to kick and resist. Good judgment and appropriate care must be used during and after application of the technique."

Ravitch in her report noted that "restraint by the use of handcuffs or a maximum restraint cord appeared reasonably necessary to restrain Mr. Cameron and ensure the safety of the deputies and the community at that time."

Per the standard protocol for officer-involved deaths, the incident was investigated by the Santa Rosa Police Department and the autopsy on Cameron was conducted by Dr. Joseph Cohen, chief forensic pathologist in Marin County.

Cohen determined that the cause of Cameron's death was cardiac arrest, and that "other significant conditions included: bipolar disorder with agitated state, physiological stress associated with physical confrontation with law enforcement, obesity and chronic asthmatic bronchitis."

Ravitch's report arrives at an inflection moment in the SCSO's ongoing efforts to serve the community while also dealing with seemingly endless fallout from the 2013 police shooting of Andy Lopez. It has also dealt with fallout from a lawsuit brought against the county and SCSO over the issue of "yard counseling" at the Main Adult Detention Facility; and it comes following a late-season push by outgoing Sheriff Rob Giordano to eliminate the Independent Office of Law Enforcement Review and Outreach (created in the aftermath of the Lopez shooting). The county settled with the Lopez family late last year for $3 million, while admitting to no wrongdoing.

And there's a new sheriff in town. At his swearing in this week, incoming SCSO sheriff Mark Essick, who contributed last week's Open Mic to the Bohemian, pledged to ramp up community policing and to make sure the jail under his command is being run within constitutional guidelines.

In a statement, SCSO spokesman Sgt. Spencer Crum writes, "The Sheriff concurs with the District Attorney’s determination that the deputies didn’t use lethal or unreasonable force in this case. The DA’s published Officer Involved Fatal Incident Report represents an accurate summary of the facts of the case."

"It’s a very sad event and our condolences go out to Mr. Cameron’s family and friends,” says Essick.

Crum continues: "Sheriff Essick has underscored the need for mental health treatment in our jail and in the community. This was a very unfortunate event where one man was in dire need of mental health treatment that he was unwilling or unable to obtain. The untreated illness resulted in a situation where deputies were forced to restrain Mr. Cameron for his own safety and that of the public after de-escalation techniques proved unsuccessful.

"When leg restraints were placed on Mr. Cameron while he was physically resisting, he became unresponsive. Deputies immediately engaged in life saving measures while medical personnel were on the way. Despite everyone’s best efforts to help Mr. Cameron with his mental health crisis he passed away due to a heart attack. The sheriff is encouraged by the Sonoma County Behavioral Health’s recent decision to expand its Mobile Support Team to the Valley and River areas of the county. The Sonoma County Mobile Support Team (MST) is a crisis response program that supports local law enforcement responding to individuals experiencing a mental health emergency."

Adds Essick: “We believe this is a significant step to promote the safety and emotional stability of community members experiencing mental health crises."

This story has been updated with input from SCSO.