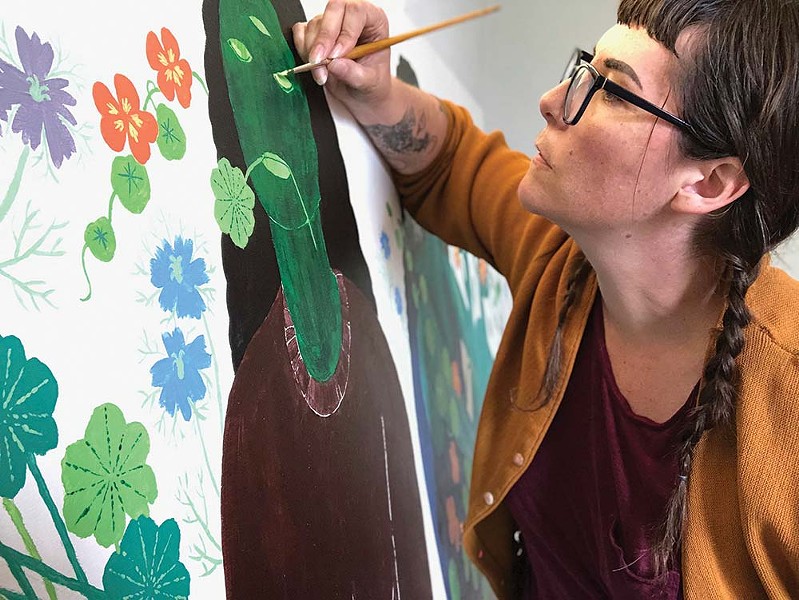 Since opening in 2013, the Barlow has become west Sonoma County's hub of local artisans and crafters, with over a dozen acres of industrial-chic structures currently housing brewers, distillers, restaurants, retail space, art galleries and more.

Much of that was in jeopardy during February's flood, but the businesses that survived or opened since are savoring the summer weather. Now, the Sebastopol marketplace is unveiling a daylong celebration to showcase art and local businesses on Saturday, July 27.

The walkable art show is curated by Sebastopol artist Saree Robinson and encompasses the entire marketplace, with 10 newly painted mini-murals on display and special showings and events at venues throughout.

"I did a public art project in Petaluma along American Alley with O-Positive Festival in 2015," Robinson says. "I wanted to do something like that in Sebastopol because I love this town and I want to see more public art here."

Sonoma County artists selected by Robinson and a jury painted 10 murals, which feature a range of styles and techniques, from the graffiti-inspired art of Ricky Watts and Rhett Johnson, to the whimsically nature-influenced paintings by Angela Hunter Geiss and Mica Jennings (pictured). Local educational nonprofit group ArtStart even got in on the murals and contributed one created by several local summer art camp students.

In addition, the Barlow's three resident galleries—Adelle Stoll, Lori Austin Gallery and Gallery 300—will offer indoor-outdoor exhibits, and several Barlow business are hosting their own. .

"There's a lot of great art involved in this event," Robinson says. "I would love to see the entire community turn out and celebrate and support our local artists."