'Be Not Still' opens with a reception on Saturday, Jan. 27, at di Rosa Center for Contemporary Art, 5200 Sonoma Hwy., 4pm. Free. dirosaart.org. 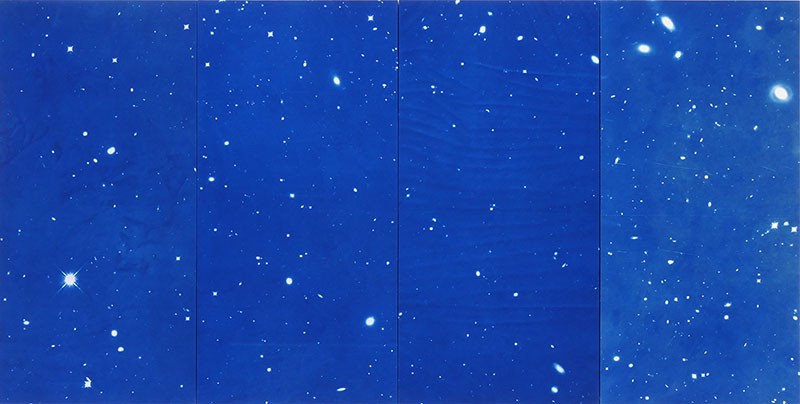 'This is really a pivotal moment for di Rosa," says Bob Sain, executive director for the di Rosa Center for Contemporary Art. "Everybody talks about going to the next step and the next stage, but this is more about changing the game."

Nestled between Napa and Sonoma in the Carneros region, di Rosa began as the private art collection of grape grower Rene di Rosa. Since 1997, the 217-acre property has operated under the ambiguous title of di Rosa. Now the nonprofit is rebranding itself as the di Rosa Center for Contemporary Art, as it invites artists to create new works onsite and engaging the public through new educational programs.

"This is a moment and an opportunity to explore what a contemporary art center should be," says Sain. "We feel compelled to share why art matters and how art and artists can be a resource and an asset to the concerns and needs of our time."

For the past year, di Rosa has been renovating its gallery spaces and curating the upcoming exhibition, "Be Not Still: Living in Uncertain Times," opening Jan. 27, which commissioned several Bay Area artists to address the country's post-election political and social atmosphere through immersive installations.

"When we first conceived of the concept last year, we wondered if it would seem a little dated by the time it opened," says Sain. "But the times have continued to be uncertain, and the show continues to have relevance."

Curator Amy Owens approached the exhibition as a shift in the center's focus. "We wanted to address pressing issues of our time and hand the reins over to the artists by inviting them to drive the themes and topics," says Owens. "Through this model, I think we're getting much closer to what di Rosa historically has been and was intended to be. We're putting artists at the forefront."

"Be Not Still" features four installations, including Iranian-American artist Ala Ebtekar's Azimuth (shown), which transfers an image of the cosmos taken by the Hubble telescope onto ceramic floor tiles and explores what it means to live without borders. Other works include Allison Smith's investigation of the rise of white nationalism through cast-iron tiki torches, and Rigo 23's three-dimensional model of the American flag as a series of walls that viewers can walk through.

The show was scheduled to debut in November, but smoke damage from October's wildfires, which came over the ridge of Milliken Peak adjoining the center's property, delayed the opening.

Forging ahead after the fires, the upcoming exhibit is being bolstered by new art-making programs and art-appreciation workshops, "Third Thursday" socials and a book club, as well as partnerships with the Boys & Girls Club of Napa and other groups that aim to bring art to the people.

"Education is central to what an arts organization is about," says Sain. "It's new for di Rosa to have this level of educational programming. It's an integral part of the exhibition and a way to make it accessible and meaningful."