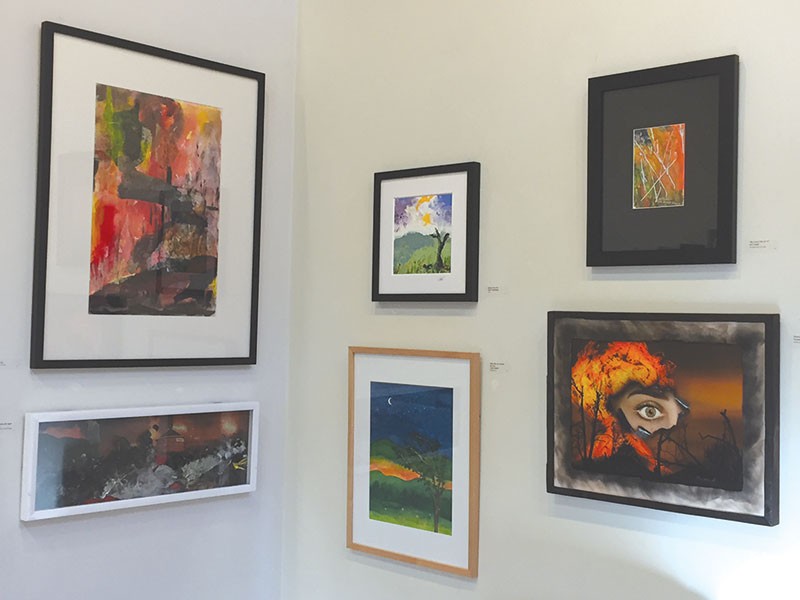 Santa Rosa art lovers love the city's South of A Street Arts District (SOFA) that's nestled northeast of the Highway 101 and 12 interchange, and which houses an eclectic amalgamation of art galleries, studios, performance spaces and shops.

At the heart of the district is the spacious Chroma Gallery, established in 2014 by artist and Village Art Supply founder and former owner Simmon Factor. "I decided to form a gallery because there wasn't anything like what I envisioned happening in Santa Rosa," says Factor. With Chroma Gallery, Factor has curated some 35–40 group art exhibits featuring local talents, offered classes and hosted concerts both in the gallery space and outside during SOFA's monthly First Friday Open Studios events. "We've served a real function in the community," he says.

While Factor has long been immersed in the community as an artist, instructor, curator and gallery owner, his vision is larger than that. This year it comes to fruition when the Chroma Gallery transitions into the Santa Rosa Arts Center, acting as a resource for art, music, film and literary shows, lectures, classes and more.

"I'm at the point where I wanted to pull back a little on managing the art gallery, and I discovered that by getting a fiscal sponsorship we could get nonprofit status," says Factor. In September, Factor received sponsorship from Santa Rosa–based Inquiring Systems Incorporated and officially formed the Santa Rosa Arts Center as a nonprofit, one month before the fires.

While that disaster delayed the Arts Center's plan, it also re-committed Factor to the mission of enriching the community through the arts. Earlier this year, Santa Rosa Arts Center hosted its first show, "Healing by Art: After the Fires."

"We were inspired to create an event for the community that we hoped would help in the healing process," says Factor, who estimates that nearly a thousand people viewed the show. The center will host a second fire-related exhibit this summer, "Healing by Art: Landscape & Memories," which Factor hopes will encourage the community to see the fires as a transformative tipping-point for the physical and cultural landscape of Santa Rosa. "We need to look back to look forward," he says.

This week, Factor welcomes the community to the center with the inaugural "Santa Rosa Arts Center Members Show," featuring works from several local artists. Membership to the center is open to all, and only requires a $30 (or more) donation. Workshops and events will, for the most part, be open to the public.

Factor says the venue will retain the name Chroma until next February when the Arts Center will officially take over the name on the building's lease.

"Everybody knows the name 'Chroma Gallery,'" he says. "Now we have to create the story of the Santa Rosa Arts Center. "