Back on the Block

Sonoma County Museum ready to expand in more ways than one 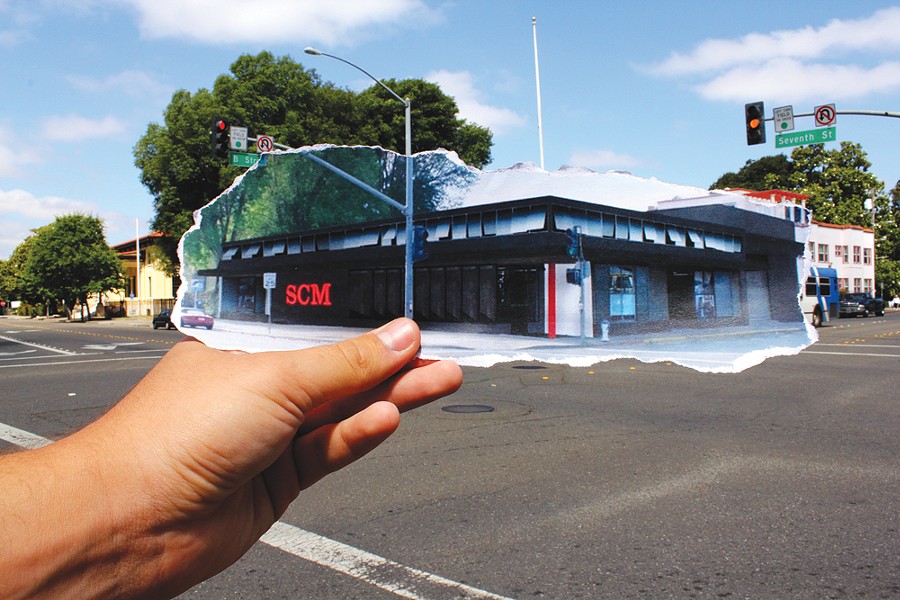 Back in dim old 2002, I enthused in these pages at enormous length about that unknown time ahead when star architect Michael Maltzan would transform the Sonoma County Museum (SCM) into a 44,000-square-foot, block-long international phenomenon including a James Turrell sky space, an Andy Goldsworthy nature installation and a Gaye LeBaron history room. Foie gras, now so very illegal, was even mentioned as a logical museum cafe food. It was all figured to be completed in 2005.

OK, so big dreams don't always come true. The SCM returned Maltzan's architectural models in 2006 and waited out the recession like the rest of us.

Then came developers Hugh Futrell and Bill Carle, full of plans to renovate the maliciously ugly downtown AT&T building near Santa Rosa's core, give the bottom space over to the SCM, lease the upper spaces and call the whole thing Museum on the Square. It sounded groovy then, and it still does, except now it won't be called Museum on the Square and the SCM won't be in it.

Instead, the SCM has decided to go ahead with plans to take over the Conklin Brothers building it owns next door on Seventh Street and turn it into an exhibition and new media space. The old Federalist post office that has housed the SCM since the turn of the last century will be devoted exclusively to Sonoma County history. And executive director Diane Evans is more than ready for this transition to begin.

Speaking by phone while vacationing in Maui, Evans sounds relaxed and glad to have a decision made. "People were disappointed to some extent because we had waited so long," she says of the reaction to letting the Museum on the Square idea go. "But it got harder to do that. We knew we needed to expand, so it feels great to be able to say that we're cleaning out the building and it's right there, it's right next door."

She laughs. "I went in there and started ripping off wallpaper. It's very exciting!"

But the shows, quite literally, must go on—and the SCM has long planned to spend a good season featuring the work of differently abled artists supported by Creative Growth in Oakland, Becoming Independent in Santa Rosa, as well as NAMI and Santa Rosa's Wellness and Advocacy Center.

Evans spent time in Korea last September and was struck by the work of Korean and Japanese artists sheltered by Creative Growth's Asian network. Upon return, she selected painter Bob Nugent as a co-curator, and went to Creative Growth's Oakland site, stunned by the offerings. The result, "Margins to Mainstream: Contemporary Artists with Disabilities," opens June 15. Several of the artists are collected by New York's MoMA, and two in particular—Dan Miller and William Scott—are full-fledged art-world darlings.

Often, work by developmentally disabled or differently abled folks is put up for sale to benefit those nonprofits that serve them. This exhibit is different; the work is canonized, not sold. Nugent sees this as an exciting twist.

"I think that having people from Becoming Independent and Creative Growth participate in exhibits like this in a different setting gets the work appreciated in a different way," he says.

"When you change the venue, you bring another quality to the work."

As the SCM prepares to change its own venue, it too will assuredly bring another quality to the work.