Director Rob Reiner falters in 'And So It Goes' 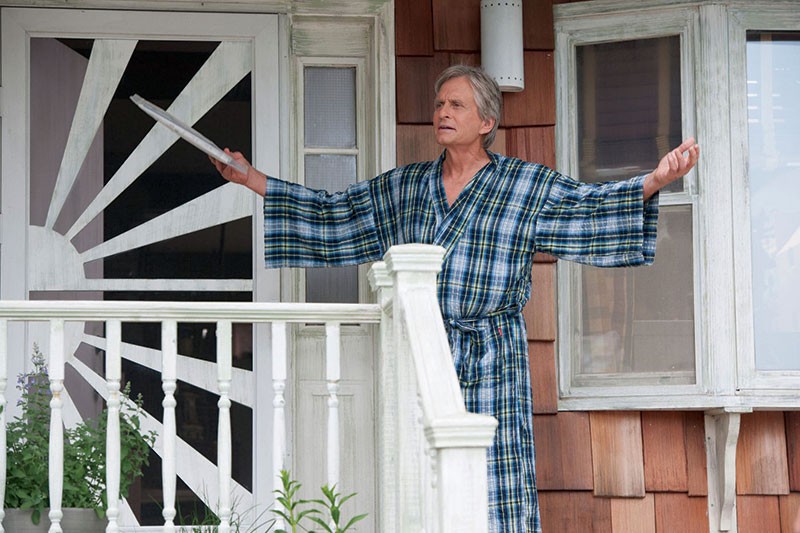 Seeing Michael Douglas, looking healthy enough as high-end real estate agent Oren Smith, is the beauty part of And So It Goes—he seems to have made it through the cancer scare. Yet this film doesn't do a cast of elders many favors—far less an elderly audience. Michael Andrus' blatant script, and the startlingly insensitive shifts of mood by director Rob Reiner, keep us detached from Smith's semi-problems.

We first see Smith in a blue seersucker suit, driving a white Mercedes convertible in the sailboat-ridden coastal outlands of Connecticut. Like the aging Clint Eastwood, Smith's first thought is of the sanctity of his lawn: he shoots a rottweiler who is about to foul it right in the butt with a paint gun.

But times are changing. Smith is a widower with a tombstone to talk to. Pesky ethnics want to buy his mansion, and his screw-up son is going to jail and leaving behind a granddaughter (Sterling Jerins): "She's probably Guatemalan," Smith worries. Taking up residence in an apartment building he owns, Smith gets tangled up with Leah (Diane Keaton), an emotional wreck of a nightclub singer.

It's hard for those of us who've been with Keaton since the beginning to evaluate the film fairly. We've seen her go from young and ditzy to old and dotty. What does she see in Smith, the opinionated chauvinist, besides his proximity?

The gears grind, especially when Reiner tries to leave the gauze behind to treat the plight of Smith's son. We have, in progression, the rottweiler humping an oversized stuffed animal, a junkie mother wailing for her child, and then a cut to a carnival ride in mid-whirl.

And So It Goes is the same rom-com Reiner has been making since When Harry Met Sally. And it still rubs the wrong way. Reiner is not a comedic director recalling a classic style; he's an insistent matchmaker shoving two characters together.