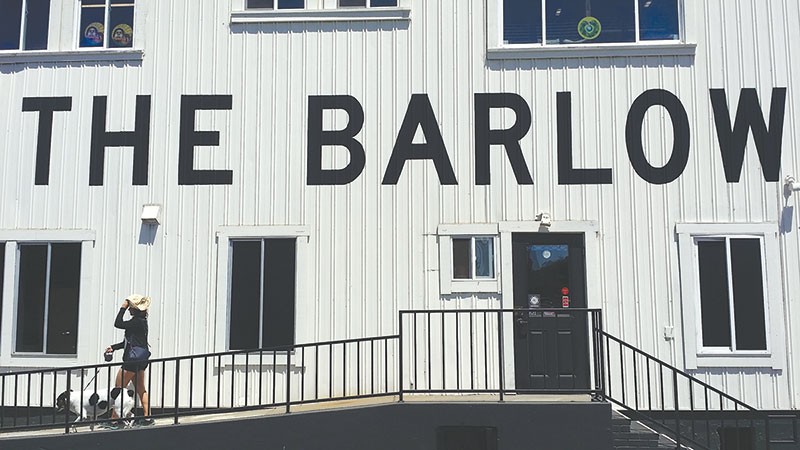 Zapolski Real Estate is in contract to purchase Sebastopol's Barlow center for an undisclosed sum.

Zapolski is the developer behind several downtown Napa projects, including the First Street Napa outdoor retail development. The company also has several projects in North Carolina. Zapolski spokesman Andrew Mazotti says that, while the company doesn't have a "hard deposit" on the Barlow deal, he sees great potential to take the retail space "to the next level." He says Zapolski does not want to recreate Napa in Sebastopol, but hopes instead to build on the community of local retailers and makers and keep the Barlow a "unique destination."

The company had been in contract to buy the property this past fall but dropped out.

He adds that he'd like to expand marketing activities and increase the length of visitors' stay with more public spaces, art and high-energy events. He noted that Wolfard Glassblowing has opted not to renew its lease on a 6,000-square-foot building, and that space might open possibilities for a new attraction. It is now vacant.

Mazotti was neutral on the construction of a hotel on the site. Barlow developer Barney Aldridge had entitlements to build a hotel, but the project never materialized. Mazotti hasn't ruled out bringing in national retailers, but says any new businesses would have to comply with the city's restrictions on so-called formula stores.

The Barlow opened in 2013 and attracted high-profile tenants like Taylor Maid Farms coffee, Zazu Kitchen and Farm, and Kosta Browne Winery with an idea of showcasing the best food, drink and artisans of the West County.

Mazotti will not say when escrow closes, but says that it's "soon."

"We're optimistic about it," he adds.

Aldridge did not want to discuss the deal until it was formally in escrow.

Meanwhile, Barlow tenants unhappy with fees they've been charged continue to negotiate with Aldridge. Emma Mann, owner of the Soap Cauldron, heads a nonprofit group of tenants who have organized to remedy what they see as excessive common area and management fees that don't meet industry standards. The group commissioned an audit of the fees for the years 2013–15, which, Mann says, reveals that they were overcharged. "We feel like we've made every effort to amicably solve this," she says.

Bill Carle, a Santa Rosa attorney representing the group of 22 tenants, says he is hopeful that a negotiated settlement with management will be reached in the next few weeks. He would not discuss the specifics of the tenants' grievances.

Carle does not know how the sale would impact the tenants' claims until he sees a new lease, but Mann believes the tenants could insert a claim into escrow in an effort to recoup what she says the tenants were overcharged. She would not say what that number is.

According to Mazotti, the tenants' grievances do not affect Zapolski Real Estate's decision to purchase the property. "It has nothing to do with us," he says

If the sale goes through, Mazotti says he's looking to "start on the right foot" with tenants.