Iñárritu and 'The Revenant' are the favorites, so let's hope for an upset 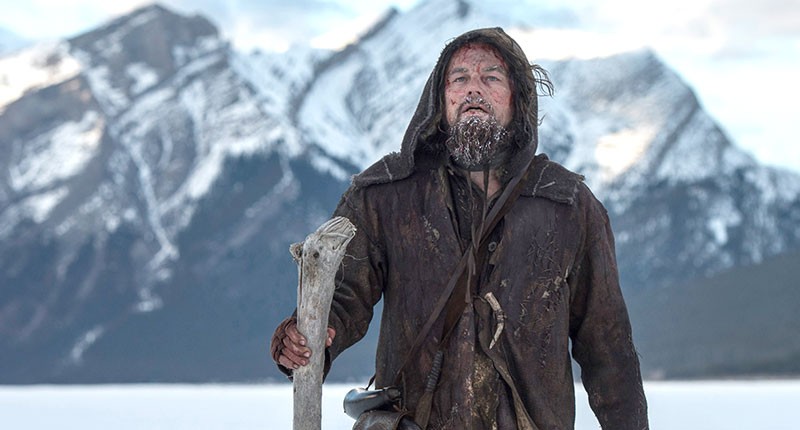 As "Round Robin" McAllister, critic of the Saskatoon Muskeg put it, "It's time once again for that gilded, gelded, gelid statue to make his annual sashay." The old Saskatchewanian is right, as usual.

The 88th Oscars are to be presented Feb. 28. It's Superbowl Sunday for moviegoers, a time to scream at the fumbles. Protesters are countering the gleaming whiteness of the nominations, a subject we can trust that co-producer Reginald Hudlin and host Chris Rock will address.

Generally, the safest way to handicap the awards is to guess the tastes of the longest-lived voters. Rita Moreno won what is always the most interesting category, Best Supporting Actress (West Side Story), back in 1961. Her favorite film of 2015? "I was absolutely nuts about Mad Max: Fury Road," she told me. "It's one of the most imaginative movies I've ever seen, so creative and spectacular."

Fury Road was directed by George Miller, in his 70s and still making movies 20-year-olds rave about. I'd bet the Oscar pool on Miller over the favorite Alejandro Iñárritu, just as I'd put it on Leonardo DiCaprio to win Best Actor for battling that furious bear and eating trout sushi.

Adam McKay's The Big Short was a triumph of tone, and a perfect reflection of populist outrage; it would have been my choice, even over Spotlight.

But I'm baffled by The Revenant juggernaut. Best movie of the year? It was a satisfying Western, if as supersized as a $20 hamburger—a consolation prize when The Hateful Eight turned out to be so claustrophobic.

Sylvester Stallone's presence in the Best Supporting Actor list makes this year's choices less interesting. Mark Rylance ought to win for Bridge of Spies, but Stallone for Creed is the sentimental favorite. Seeing him makes the Academy feel young and relevant.

The Best Supporting Actress category always has the most fascinating range of talents. Jennifer Jason Leigh had the most screentime and endured the most punishment in The Hateful Eight. She's the natural. Kate Winslet won the British Oscar, the BAFTA, for putting up with Michael Fassbender's Steve Jobs, a potential dark horse win here. Less likely: Rooney Mara in Carol as Therese Belivet (as for Carol, I didn't belivet either). Rachel McAdams did her career best in Spotlight, and deserved the nod. Since Alicia Vikander should win an Oscar for Ex Machina, her nomination in the stale Danish Girl is some sort of thrown bone.

My night will be made if Don Hertzfeldt's "World of Tomorrow" wins best animated short, if Saoirse Ronan wins best actress for Brooklyn, or if Ennio Morricone gets a lifetime achievement award for The Hateful Eight.

Even if all that fails, we can expect the usual diversions. Cruel glamazons herding noble thespians as if they were goats. The gaffes. The bizarre frocks. And a refreshing snivel during the "Parade of the Dead" sequence.