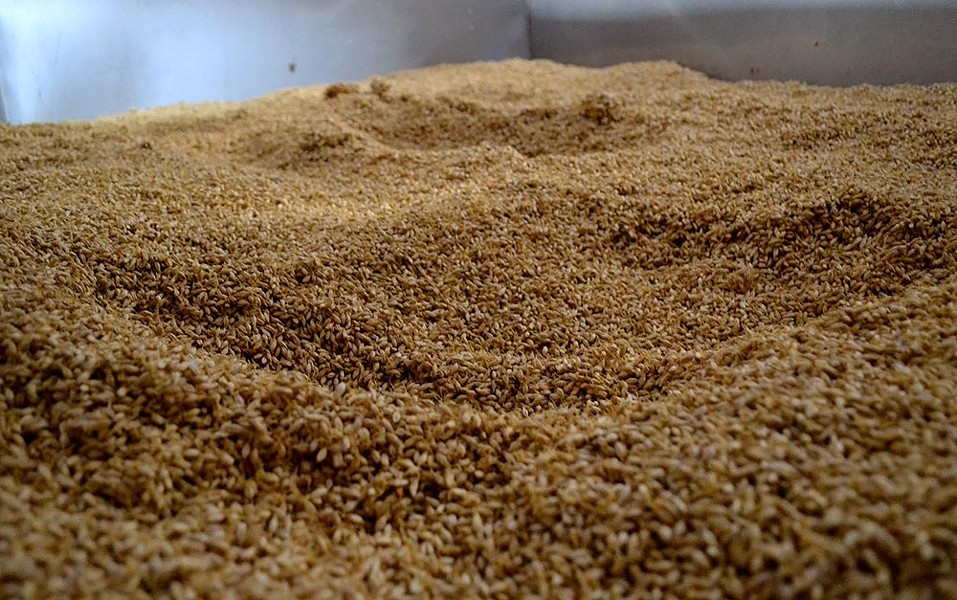 In May, in a nondescript warehouse tucked away in Rohnert Park, James Mahon emerges from the back of the shop clutching two "silver bullets." Not the Coors Light kind.

They're two shiny, unlabeled aluminum cans of pilsner-style beer, identically made to brewer Andy Hooper's exacting specifications at Seismic Brewing Co. in Santa Rosa. The only difference, says Mahon, is the base malt Hooper used.

Can No. 1 is made with barley malted in a light-tasting, pilsner style, by a major supplier, thousands of miles away. It's crisp, light and what else? Pilsner-y.

Can No. 2 is made with California-grown barley, which Mahon malted right here. It's light and it's crisp, but there's more. There's a more rich, golden color—for a pils—and more flavor, too. It's almost like the grain is showing off the warmth of the California sun under which it grew.

The base malt Grizzly provides won't compete on price with a product that's malted on a bigger scale and shipped from thousands of miles away, Mahon allows. But he thinks it's more than competitive on flavor, and local appeal. "I think there's a great opportunity for breweries to differentiate themselves," says Mahon.

The team at Seismic were convinced by the trial run they did with Grizzly Malt's product. Today their Magnetic Midnight black lager is made with 100 percent Grizzly malt.

Mahon thinks that beer drinkers, too, will be as interested in tasting the difference as he is. "For me, this is an extension of my personality," says Mahon. "I like to geek out on stuff."

Now it's September, and farmer Tristan Benson is on hand to demonstrate just how much grain can, or can't, be grown in the North Coast.

Benson reaches into a bag of barley, one of a half-dozen or so similar bags containing freshly harvested barley and wheat grown in Petaluma, that he's delivered to Grizzly for processing.

Mahon is working with several local farmers to grow barley and he's dialing-in a malting process five years in the making. Mahon explored opening a craft brewery but now chuckles that he suspected, five years ago, that there were already too many craft breweries. Instead, he contacted agriculture specialists at UC Davis and began collaborating on test plots of new strains of barley. These were then bred for suitability to California and for flavor in brewing, instead of only for the old standards of yield and disease resistance.

Mahon ordered a malting vessel that would allow him to offer malts caramelized at higher temperatures. It took a while to get there. Meanwhile, he secured a pair of giant maple-syrup vats that a failed business had repurposed for malting. Lifting the hood of a vat, he explains that the process takes a week, and a lot can go wrong. When it goes right, heated air is sent through the bed of grains that rests on a screen inside.

A steady supply of Sonoma-grown barley may be in the offing, though many farmers are set in their ways about grain. Mahon describes how one seventh-generation rancher who's tinkering with craft crops like hops and barley, explained his willingness to experiment because, "I'm the younger guy around here."

Benson, another younger guy in the grain business, says the North Bay was a major grain producer a hundred years ago, one reason the region's famed poultry and dairy operations set up here. California once grew two million acres of barley, according to Benson, much of it shipped to breweries in the Midwest.

"Now, we're down to this," says Benson, shrugging at the resistance among craft brewers to even believe it's possible.