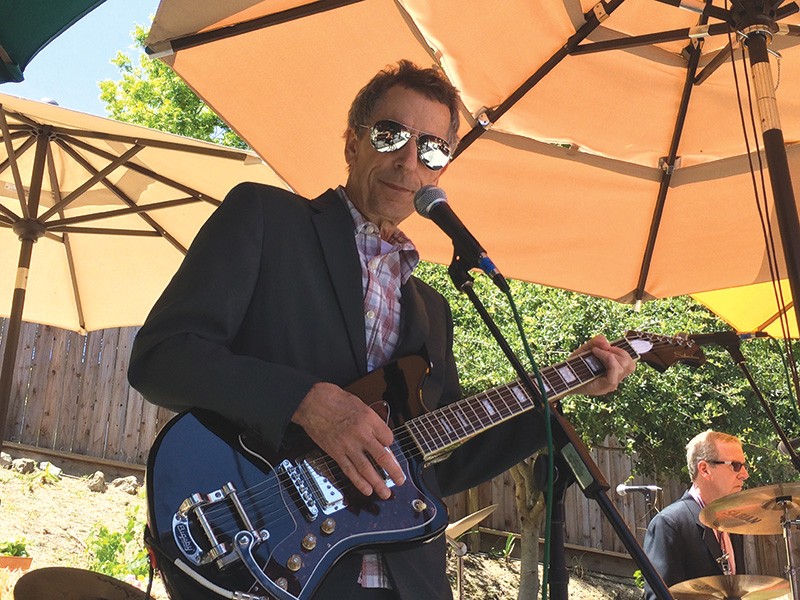 Craft brewers are always looking out for flavorful inspiration, and often find it in unusual places—like doughnuts and mustard. And sometimes their muse crosses over from culinary to musical. Such is the case with Russian River Brewing Company's HUGElarge Sound Czech pilsner, made in collaboration with the Santa Rosa rock band and returning this fall.

HUGElarge is guitarist and vocalist Robert Malta (Paw Paw Blowtorch, Bermuda Triangle Service) and drummer Matt Norelli (American Music Club). Together, they crank out heavy, fuzzed-out riffs and grinding beats that fans of the Black Keys will swoon over.

Since forming in 2005, this stripped-down duo has kept it simple, utilizing vintage equipment and playing in Norelli's garage for the pure joy of rock and roll. That joy is on display throughout the duo's upcoming self-titled record, a raucous collection of classic proto-punk and glam-rock gems inventively revisited and invigorated with raw energy.

Inspired by the band's classic sound and simple, powerful delivery, Russian River Brewing co-owner and brew master Vinnie Cilurzo went about crafting the classic Czech pilsner first in 2009, releasing it every other year. Light in color, yet packed with flavor, the HUGElarge Sound Czech pilsner will be available again when HUGElarge celebrate the release of their debut album with a show at Russian River Brewpub in Santa Rosa on Saturday, Oct. 24.