A man, a plan, a beer and a cheese: Petaluma is the land of plenty

Start your next beer and curds adventure at the Petaluma SMART Station, 264-298 Lakeville St., Petaluma. 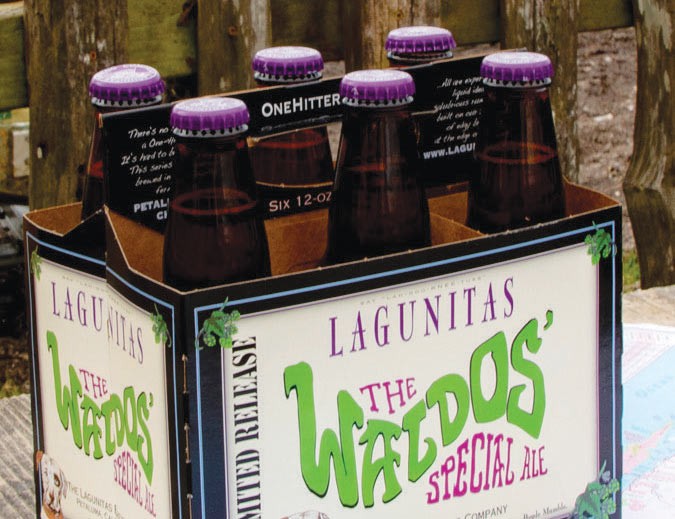 The most memorable food pairing experience I've had in recent memory did not involve some precious, chef-prepared morsel of seared scallops or a $200 Cabernet.

In fact it two of Petaluma's best-loved, if humble, signature products. Not butter and eggs, silly—craft brew and artisan cheese.

It was all quite accidental. The occasion was a 50-mile cycling challenge I put myself through just to complete a story in the Bohemian ("Surfin' Curds," May 11, 2019) about cheese. The plan was a brisk four-hour ride from the Petaluma SMART train station to Point Reyes Station and back, but by the time I reached the Petaluma Creamery store at 3:30, it was clear enough I wasn't going to make the 3pm train back to Santa Rosa. So I picked up a wedge of dry goat jack cheese and then stopped in at Dempsey's Restaurant & Brewery, a brew pub from the old school that holds its own in these days of craft-brew mania, to wait for the 4:30. Dempsey's old English–style Petaluma Strong Ale, slightly sweet with malt, was a sensation with the tangy, crumbly, and not too "goaty" jack (it's also less dry than the typical dry jack). Nice of the bartender to provide a full place setting for my cheese eating scheme, as well, and I could've lingered there longer, as the river and footbridge traffic meandered by, were it not for that 4:30 train.

Well, Lagunitas Brewing Company could have read my mind, because the next time they sent out a sample of their season Waldos' Special Ale, in April, it was accompanied by a food pairing of local products that included a pocket-size picnic pouch of handmade flatbread from Petaluma's Rustic Bakery, blue cheese from Point Reyes Farmstead Cheese Company (which now has a Petaluma production facility) and marmalade created by San Francisco cannabis chef, Stephany Gocobachi.

Now hold on! The Waldos' is not so much a triple IPA, at 11.7 percent alcohol by volume, as a grotesquely hopped barleywine. Food pairing? Go ahead and cue the guffaws. But it works. Almost riparian in aroma, the ale smells like a dense thicket of hops and bog; dank, but not hazy. It's no tutti-frutti IPA—more like a grainy, coarse reduction of a classic California pale ale—and it almost overwhelms both blue cheese and flatbread, until topped with a teaspoon of decidedly earthy (I had to be assured that it's not that kind of edible) marmalade. It works—the Waldos' turns into the champagne of dank, strong beers—and the darn thing works beautifully.