Leave your brain at home for heavy-handed 'Thirteen Hours' 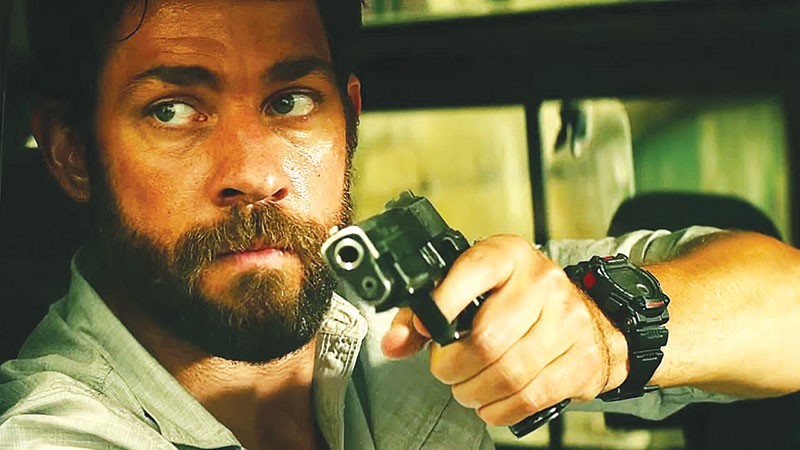 In 2012, four American personnel were killed in the Libyan city of Benghazi, the first two at a gated compound where the U.S. ambassador Christopher Stevens (Matt Letscher) was temporarily staying. Two others died later that night in defense of a secret CIA base nearby.

The firefight has been interpreted by conservatives as evidence of a massive policy failure by the Obama administration. It's also been seen as an opportunity for issues-bereft Republicans seeking to make some hay out of a disaster that you are guaranteed to know less about after seeing Thirteen Hours: The Secret Soldiers of Benghazi. Director Michael Bay, it seems, aims to drive the thought out of your head though massive firepower and chest-bumping.

The group of soldiers, Navy SEALs and contractual hires by the CIA are masked with beards and mirrored sunglasses; the one gentle face we can read belongs to a buffed-up John Krasinski (The Office) as Jack Da Silva, a SEAL whose thoughts are of home.

Bay is the opposite of someone like director Paul Greengrass (Captain Phillips), who can see through the chaos and give you an idea of targets and trajectories. Bay likes stuff up front, and the visuals are, thus, shallow—we only get an idea of the lay of the land when we see it through drone shots and sniper scopes, and then only as backdrop to the greasing of several hundred opponents.

The love of impact is so strong in Bay's films that it is demonstrated in the smallest moments: a boot thumping into the asphalt, a metal lighter tossed slo-mo into a pool of gasoline. Studly dialogue includes lines like "I hate to piss on your party, ladies" and "They're all bad guys until they're not." This is the kind of film in which a solemn memorial service in Langley shares space with video footage of a dog eating Doritos.

'Thirteen Hours: The Secret Soldiers of Benghazi' is playing in wide release in the North Bay.