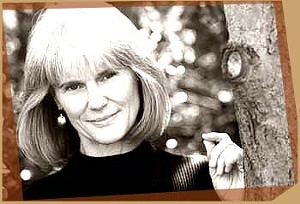 SHE'S EXPERIENCED. She's funny. She exudes calmness. And she's an above-average poet. She's also a minister. The Rev. Layne Russell-- ordained through World Congregational Fellowship--has been gracefully marrying folks since 1984. An oft-published poet (check her website for a list of upcoming poetry readings), the Rev. Layne brings a certain poetic sensibility to her nondenominational ceremonies. When asked, she'll even help couples write their vows. Plus, as a former hospice chaplain and a practicing hypnotherapist, Russell is more than qualified to help with those pre-wedding jitters. Call the Rev. Layne at 576-7107 or (toll free) 877-309-3596. --D.T.