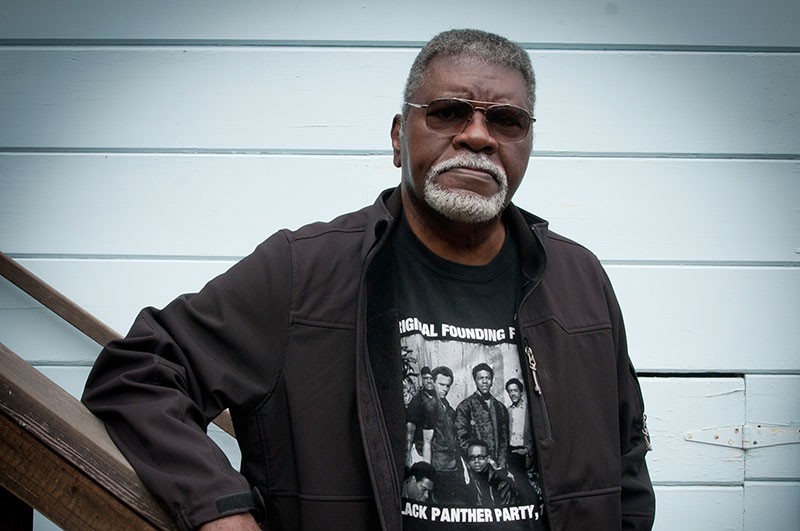 Who's afraid of the Black Panthers? Probably no one now, but in 1967 they gave white Americans the willies when they stood on the steps outside Gov. Ronald Reagan's capitol in Sacramento, wearing black berets, black leather jackets and carrying loaded shotguns.

In the turbulent 1960s, the bodacious Panthers advocated armed self-defense, fed the hungry and taught the illiterate. Bloody police raids and their own "Off-the-pig" bravado sharply reduced their ranks, but not before they woke the nation to the raw beauty and naked truths of African-American life.

This week, Oct. 17–19, Elbert "Big Man" Howard hosts a three-day Black Panther reunion and celebration in Santa Rosa, his adopted hometown. No Panther is better suited than he to rally the faithful and gather the curious. The editor of the Panther newspaper, he served as the party's roving global ambassador, and prowled the United States, too, a story he tells in his memoir, Panther on the Prowl. After the Panthers imploded, he disappeared for years. Though he's slowly reemerged—he was the focus of a Bohemian cover story in 2011—the reunion signals a public comeback.

Born in the South in 1939, Howard learned about racism on the streets, not in classrooms. "When I was a boy in Tennessee, there were real homegrown terrorists," he says as he sips an ice tea at the Arlene Francis Center in Santa Rosa. "Hooded Klansmen in white sheets burned crosses at night to try to terrify us. If it weren't for the black community, I wouldn't be here now."

He's carried those early lessons about community all the way to Sonoma County. "My roots here run deep," he says. "Forty or so years ago, I came here for the first time and bought 60,000 eggs for our free food program. They made hungry folks happy." His recent work in Sonoma County focuses on ending police misconduct and brutality through the Police Accountability Clinic and Helpline (PACH), the local organization he cofounded.

At 75, Howard has no regrets. Still, if he could, he might rewrite a page or two of Panther history and save a few lost souls. "The party provided a home for a whole generation," he says. "If they were addicts, we helped them get off drugs. If they couldn't read, we taught them. When the party fell apart, they did, too."

With the reunion, Howard hopes to honor those who didn't survive, and to show his appreciation for the North Bay community (including its doctors and nurses, who helped him overcome an array of life-threatening health issues).

The Arlene Francis Center's director of operations, Bruce Rhodes, remembers Panther meetings he attended 50 years ago. Now 59, Rhodes never officially joined the organization, but in his own quiet way, he's revived the Panther spirit and helped turn the Arlene Francis into a gathering place for Sonoma County's scattered African-American community and a home for musicians from Ghana, Benin and Burkina Faso who now reside in Santa Rosa.

As if that weren't enough historical weight in one room, Panther cofounder Bobby Seale is scheduled to appear at some point over the three days as well.

"I first saw Seale in the 1960s," says Martin Hamilton, executive director at the Arelene Francis Center. "These days, there's too much Panther mythologizing. At the celebration, we'll hear real history from people like Seale who actually made it."

Longtime activist Judy Gumbo Albert also remembers the Panthers from 1960s Berkeley. "Back then, they took the national dialogue about race and racial inequality to a whole new level that's unappreciated today," she says. "I'm going to the event to relive my past and reconnect to Panthers I knew. Big Man always was a sweetie."

"The Panthers are a prime example of what a community can do when it bands together," Howard says, reaching for his pork pie hat. "We'll bring this community together, too."