Too bad they don't make films like 'Lady Bird' anymore 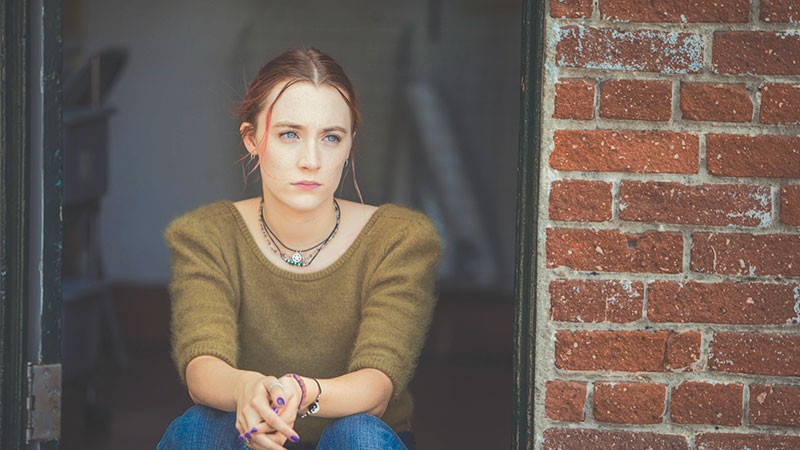 Joan Didion's quote at the beginning of Lady Bird—something about people who think Californians are hedonists should spend a Christmas in Sacramento—says more about Didion's anhedonia than our state capital. River light, bountiful shade trees, bars galore, warm nights and bike-friendly streets—perhaps they're having a better time out there than they're letting on.

Greta Gerwig's enchanting debut as director isn't just a fine comedy about a singular girl's senior year, it's also a good-looking movie about a city that deserves admiration, with the gilded Tower Bridge seen at dawn, green fields, grand houses and a catalogue of the place's vintage neon signs displayed to Jon Brion's score.

Catholic-school senior Christine (Saoirse Ronan) cooked up the name "Lady Bird" for herself. She's ashamed of her one-bathroom home and Sacto: "It's soul-killing. The Midwest of California." Like any 17-year-old, she can't figure out what's infuriating her embittered, overworked mother. Mom (Roseanne's Laurie Metcalf, excellent) is in that dance of clinging and pushing away that goes on when a kid is about to leave the nest. Lady Bird cherishes romantic dreams of heading back east to school—and her family barely has the money to send her to UC Davis.

We're on Lady Bird's side even as she starts to become a pill, social climbing for friendships with the jaded rich kids around her, including a limpid, too-cool boyfriend (Timothée Chalamet). It's a good thing when the worst that can be said of a movie is that it should have been longer—this one does nine months in 90 minutes.

But Lady Bird is like that—one wants more time with every shrewd, warm-heated scene. This generous comedy is the low-budget, high-incandescence movie that we're told is impossible to make today.